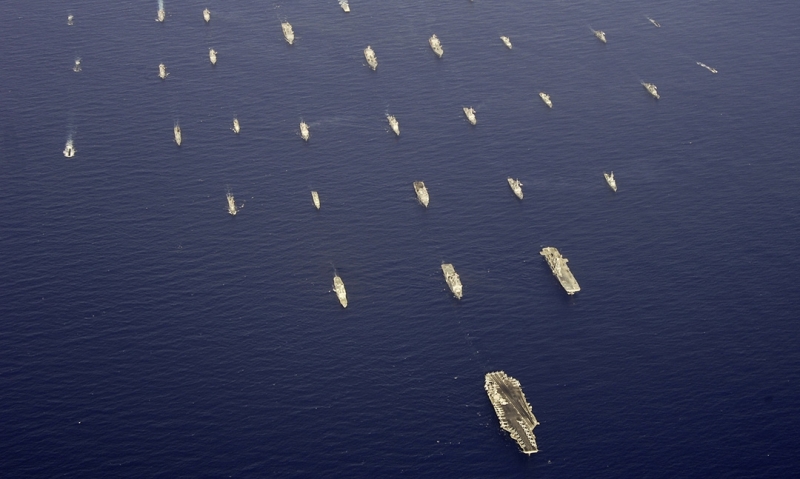 “Mr. Procopio is entitled to a presumption of service connection for his prostate cancer and diabetes mellitus. Accordingly, we reverse.”

- U.S. Court of Appeals for the Federal Circuit Court

And with that statement, Blue Water Navy veterans won a major victory in their fight for VA benefits to treat illnesses linked to exposure to Agent Orange during the Vietnam War.

The U.S. Court of Appeals for the Federal Circuit ruled Tuesday in favor of Alfred Procopio Jr., who served aboard the USS Intrepid during the war. Procopio, 73, suffers from diabetes and prostate cancer, both of which are linked to Agent Orange exposure.

The decision comes on the heels of a failed effort to pass H.R. 299, The Blue Water Navy Vietnam Veterans Act, during the final days of the 115th Congress. The legislation would have extended VA disability benefits to tens of thousands of Vietnam veterans who served off the coast of Vietnam. The legislation sailed through the House of Representatives, but came to a crashing halt when a vote for unanimous consent was called in the Senate.

Though Tuesday’s court ruling may be challenged with an appeal from VA within the next 90 days, legislation to lock in a presumption of VA benefits for Blue Water Navy veterans exposed to Agent Orange was again introduced during the first days of the new Congress.

Reistad said that the ruling in favor Procopio Jr., “is a step in the right direction” for some 90,000 veterans who served offshore and may be suffering from conditions related to exposure to Agent Orange. VA recognizes 14 adverse conditions as presumptively linked to exposure to the chemical herbicide used to defoliate jungle vegetation that provided the enemy cover during the war.

The American Legion allied with Columbia University during the 1980s and 1990s to provide undeniable evidence that Agent Orange exposure had led to numerous adverse health-care conditions among Vietnam War veterans who came into contact with it.

“This ruling is an important step in a long journey toward justice for all who were exposed, were sickened and disabled by Agent Orange,” Reistad said. “But it is not the final step, and The American Legion will continue to fight in Congress, VA and the courts, if necessary, to definitively return fairness and justice to these affected veterans.”