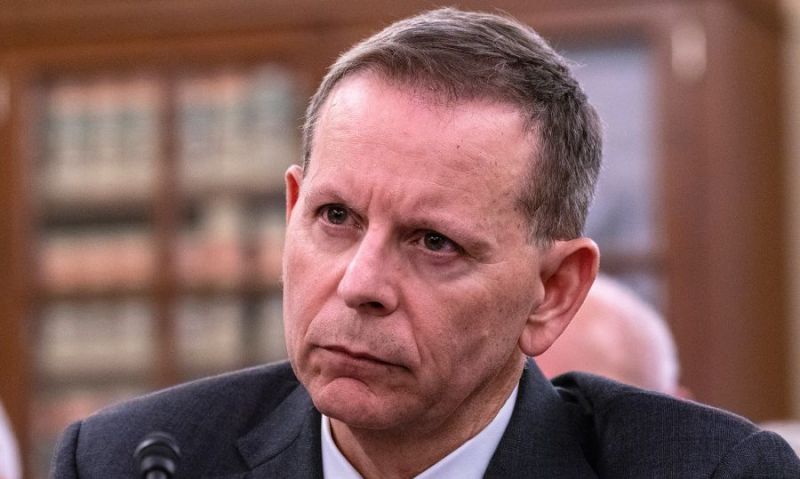 (Photo by Carlos Bongioanni/Stars and Stripes)

The backlog of Department of Veterans Affairs claims has grown by tens of thousands of cases since the department halted work because of the coronavirus pandemic, top VA officials said Wednesday.

“We are not happy about the backlog,” said Paul Lawrence, the VA undersecretary for benefits. “Our team is very proud of processing claims quickly, so we want to get to that right away.”

Lawrence testified before the Senate Veterans’ Affairs Committee on Wednesday alongside VA Secretary Robert Wilkie. Questions from senators focused on the department’s response to the pandemic, as well as its fiscal 2021 budget request. Sen. John Boozman, R-Ark., asked about the claims backlog, which he said had “grown significantly” since the start of the pandemic.

The VA stopped performing in-person compensation and pension exams April 2 to encourage veterans to stay home to prevent the spread of the coronavirus. Compensation and pension exams, referred to as C&P exams, are appointments with doctors, during which disabilities are evaluated. The results of the exams help the VA rate veterans’ disabilities, which determines the compensation they receive each month, as well as their eligibility for VA programs.

Without the exams, the claims backlog has grown and thousands of veterans are waiting for decisions. The coronavirus pandemic coincided with the start of the Blue Water Navy Vietnam Veterans Act, which prompted a surge of new claims, Lawrence said. The new law made thousands of Vietnam War veterans newly eligible for VA benefits beginning in January.

The VA is restarting in-person C&P exams June 8. To help handle the delay, Lawrence asked Wednesday for Congress to approve legislation that would allow non-physicians, such as nurse practitioners, to conduct the exams.

“We ask you to consider that,” Lawrence said. “It’s one way to expand our capacity to work on the C&P backlog.”

Lawrence also asked that some of the money Congress gave the VA for its coronavirus response efforts be moved to the Veterans Benefits Administration to help pay employees for overtime. In the $2 trillion CARES Act approved March 27, Congress allotted $19.6 billion for the VA. The department had spent only $2.3 billion of the money as of last week, and other VA officials asked Congress for the authority to transfer it between accounts.

On Wednesday, the VA reported that nearly 15,000 of its patients had tested positive for the coronavirus and 1,284 had died. Nearly 12,000 patients have recovered.