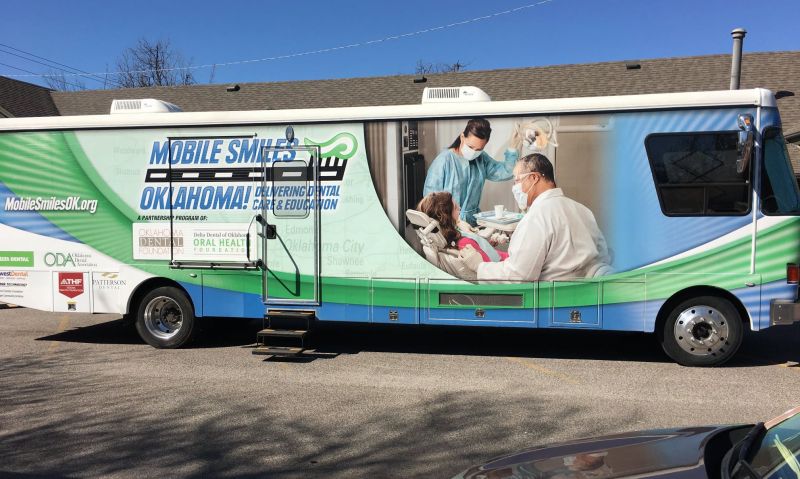 In addition to obtaining more than $1 million in benefits for area veterans in the past 10 months, Post 88's service officers also have arranged free dental care for them. (VA photo)

In an interview with the American Legion Media & Communications Division last May, American Legion Post 88 Senior Service Officer Carl Ellison stressed that while the pandemic had halted normal day-to-day operations for the Norman, Okla., post, it hadn’t stopped one of the post’s most vital functions: assistance with veterans' benefits claims.

“We are veterans helping veterans and their families, and those needs have not stopped because of the COVID-19 situation,” Ellison said at the time. “If anything, the need is even greater, which is why we have not halted our efforts since the beginning.”

Ellison proved to be prophetic, while the work of him and Post 88’s additional service officers has proven to be perhaps more valuable than ever. Maintaining Monday office hours while also handling claims from home, the group has obtained benefits totaling close to $1.1 million since July 2020 alone.

“I think we expected to have some uptick in business for helping veterans,” Ellison said. “But to have the (increase) we’ve had, it’s sort of overwhelming in a way.”

Cooper has been using VetPro software to work from home, handling more than 120 claims for veterans able to stay safely in their homes throughout the process.

From July to December 2020, the group’s efforts produced more than $357,000 in benefits. In 2021, that figure has grown to $709,000. Ellison said the post’s location near several active-duty military installations made the service officers’ work even more important.

“I think since we are in such a heavily populated veteran community … knowing that the other (veterans service) organizations had shut down and were not operational, I felt … we needed to do this,” Ellison said. “It’s a way of giving back … to our servicemembers and their surviving spouses."

The post has advertised its services in local media outlets and via social media, allowing veterans to schedule appointments during which all safety protocols are followed. Ellison has filed claims on behalf of veterans in Cleveland County and five other surrounding counties.

Post 88 Adjutant Eric Grubbs said he is “very proud” of the efforts of his post’s service officers. “(Ellison) has kind of taken the whole thing and recruited these other people to work with him,” he said. “I think by having the contact with the veterans, it’s made a lot more people in the area aware that The American Legion is still here. It allows Post 88 to get out in the community. They see us there.”

Post 88's service officers also worked with Mobile Smiles Oklahoma to provide free dental treatments to veterans over the course of two days in March. And on March 31, Post 88 and Auxiliary Unit 88 members provided 50 Easter baskets to the Center for Children & Families in Norman, who then distributed them to members of the Boys & Girls Club of Norman.

“Our club members were super excited to receive these goodies after school,” Boys & Girls Club Executive Director Whitney Dunn. “It really made their day. We are thankful for partners like The American Legion who took time out of their schedules to hand-deliver these baskets to each of our kids. We are looking forward to partnering with this group even more in the future.”

Efforts like the Easter donation “show that we are part of the community,” Grubbs said, with Ellison adding that a similar effort is likely to take place around Christmas. Meanwhile, Post 88’s service officers will continue their efforts.

“There’s a lot of veterans here now,” Ellison said. “It’s time to help them and keep that mission going.”