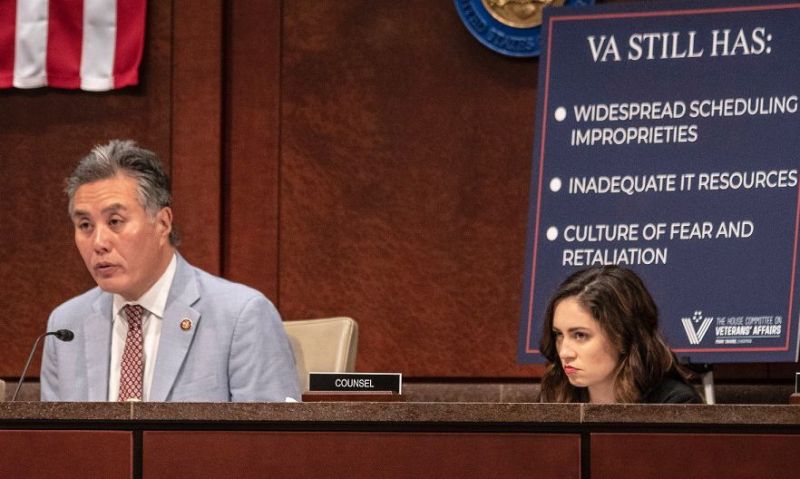 The House Committee on Veterans’ Affairs is preparing to send a large collection of bills to the House floor ahead of Memorial Day weekend.

“Our goal is to move many bills through the process now so that we will be ready to move some of the bills to the floor as part of the committee’s annual Memorial Day package,” said Rep. Mark Takano, D-Calif., the committee chairman. “The bills represent a strong bipartisan effort to help veterans recover from the [coronavirus] pandemic. There’s also a concerted effort to build equity and reach out to underserved veterans.”

A few of the bills considered Tuesday were focused on female veterans. One, the Equal Access to Contraception for Veterans Act, would eliminate copayments for female veterans when they receive their birth control through the VA — extending them the same benefit available to most women through public and private insurers.

The bill passed through the House last year but stalled in the Senate.

“The VA system has not evolved to equitably serve a rapidly changing population,” said Rep. Julia Brownley, D-Calif., who introduced the bill. “It’s past time to address this inequity.”

Another bill, the Veterans’ Camera Reporting Act, would require the VA to analyze its use of security cameras in its health care facilities and make improvements on how cameras are used to improve patient safety. The bill was introduced by Rep. David McKinley, R-W.V., who represents Clarksburg, where seven veterans were murdered at the Louis A. Johnson VA Medical Center in 2017 and 2018.

Nursing assistant Reta Mays pleaded guilty to injecting veterans with lethal doses of insulin. It was discovered the hospital ward where she worked didn’t have cameras in patients’ rooms. The cameras in the common areas and the supply room, where the insulin was stored, were not working.

“The cameras in the inpatient unit where she worked were not working, and it allowed her to carry out seven murders in 11 months,” Takano said.

Rep. Mike Bost of Illinois the ranking Republican on the committee, said the bills advanced Tuesday were bipartisan. However, he wanted the committee to consider one bill that didn’t get added to the agenda. Bost said he proposed the Veterans Second Amendment Protection Act, which has been discussed in previous congressional sessions and would prohibited the VA from placing veterans on a no-gun list and instead leave it to the courts.

Under current law, the VA considers veterans who cannot manage their VA benefits and need another person to help with their finances as “mentally incompetent.” The department reports the names of those veterans to the FBI, which adds them to the National Instant Criminal Background Check System — the national database that gun merchants are required to check before selling a firearm.

The bill would do away with that practice, and instead require the court system to determine whether veterans pose a threat to themselves or others before they’re added to the database.

“We must assure veterans that their constitutional rights will not be at risk if they seek support they’ve earned from the VA,” Bost said. “That’s one of the top priorities for me. I hope it will be a priority for all of us soon.”

The committee is considering more bills Wednesday. Lawmakers will hear input from the VA and veterans service organizations about 15 bills that aim to address military toxic exposure.