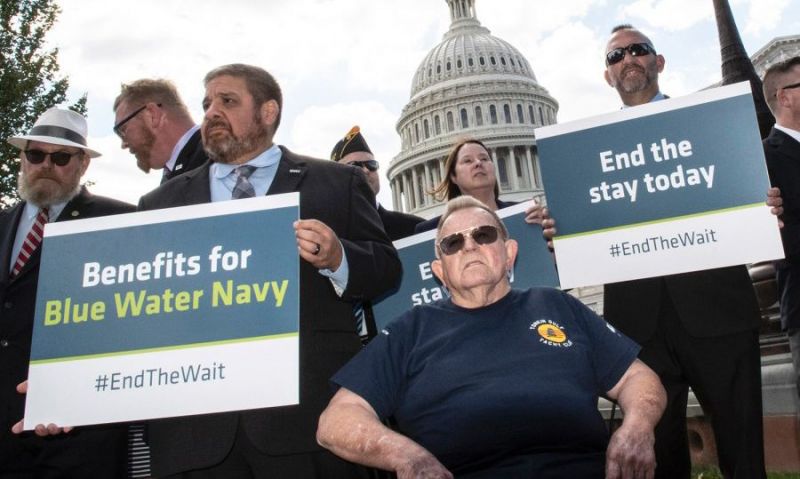 The Department of Veterans Affairs is reviewing thousands of rejected claims from Vietnam War veterans who were denied benefits but may now be entitled to retroactive compensation.

Under court order, the VA started reviewing last week the 60,000 claims for Agent Orange exposure from veterans who served offshore during the Vietnam War. These former sailors served aboard ships in the open waters off the coast of Vietnam and have long contended they were exposed to chemical herbicides through the ships’ water systems. The dioxin-laden herbicides have been found to cause respiratory cancers, Parkinson’s disease and heart disease, as well as other conditions.

Congress passed legislation in 2019 that entitled these veterans, known as “Blue Water” Navy veterans, to government benefits. The U.S. District Court of the Northern District of California decided in November that the VA must reevaluate claims from veterans who were  ejected.

“This review provides an entire generation of veterans with another shot at getting the health care and benefits they’ve earned,” said Sen. Jon Tester, D-Mont., chairman of the Senate Veterans’ Affairs Committee.

In a letter last week, Acting VA Undersecretary for Benefits Thomas Murphy wrote that Blue Water Navy veterans would automatically have their rejected claims re-adjudicated if the reason for their denial was their lack of in-country service in Vietnam.

“VA is working as quickly as possible to review these claims,” the agency said Tuesday.

Since Blue Water Navy veterans became eligible for VA benefits in 2019, the department has processed more than 45,000 claims and paid nearly $900 million in retroactive benefits.

It remained uncertain Tuesday how many of the 60,000 rejected claims would gain approval during the review. VA officials estimated the review would last at least through the summer.

The agency has been tackling a large backlog of claims that accumulated during the coronavirus pandemic. Murphy told Congress last week that the backlog was likely to “hit an apex” in August, in part because of the large volume of Blue Water Navy claims.

In its budget request to Congress, the VA asked for more full-time employees to help review these claims.