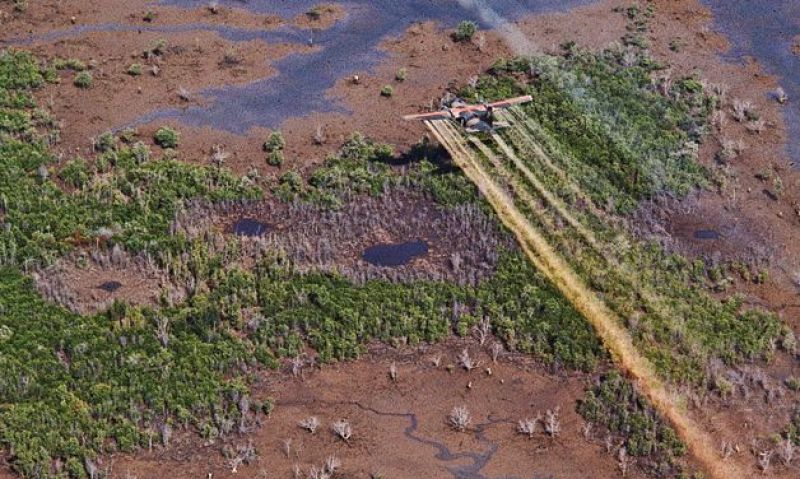 VA is adding bladder cancer, Parkinsonism and hypothyroidism to the list of illnesses it acknowledges were caused by Agent Orange exposure in Southeast Asia, the department announced Thursday. It also will review and pay retroactive benefits to veterans and survivors whose VA disability and death benefits claims for the three diseases were previously denied, without requiring them to refile their claims.

The American Legion welcomed the news but expressed disappointment that VA didn’t also include high blood pressure on the roster of presumptive conditions. “We’ve been advocating for this for several years,” says Ralph Bozella chairman of Legion’s Veterans Affairs & Rehabilitation Commission. “There’s enough scientific evidence to prove there’s a connection between Agent Orange exposure and these illnesses.” But VA long refused to grant presumptive service connection for the diseases – until Congress mandated it in the most recent National Defense Authorization Act.

The lone exception is former VA Secretary Dr. David Shulkin, who acknowledged the link between Agent Orange and hypertension. But the Office of Management and Budget refused to allow Shulkin to grant Vietnam veterans presumptive service connection for the disease. “We had to go to legislation to get the three new presumptives done and may have to do that for hypertension,” Bozella says.

The American Legion has long supported establishing presumptive conditions for Agent Orange exposure and sponsored a 1982 Columbia University study that provided the scientific basis for the first Agent Orange presumptions granted by VA. It will continue to fight to have VA grant presumptive service connection to Vietnam veterans with hypertension. “VA said ischemic heart disease is connected to Agent Orange exposure in 2010,” says Bozella, who served with the Army infantry in Vietnam from 1971 to 1972. “Hypertension and ischemic heart disease go hand in hand. (And) VA needs to be respectfully reminded you don’t need to wait for a law to do this."

The National Veterans Legal Services Program (NVLSP) applauded VA Secretary Denis McDonough’s decision to reconsider claims for the three illness that that were previously rejected. “This is a momentous decision and we hope that VA will expeditiously identify and pay those who were previously denied benefits for these diseases,” says Bart Stichman, executive director of NVLSP.

VA is required to review previously denied claims and provide retroactive Agent Orange benefits under a 1991 consent decree that arose from a class-action lawsuit brought by NVLSP  – Nehmer v. U.S. Department of Veterans Affairs. “VA has fought whether diseases were part of the consent decree in the past,” Stichman says.

NVLSP has gone to court four times since 1999 to force VA to comply with the Nehmer consent decree, including a motion filed in federal court in July 2020 on behalf of Blue Water Navy Vietnam veterans and survivors whose Agent Orange claims were denied. The U.S. District Court for the Northern District of California ruled in favor of the veterans and families in November.

On Thursday, VA also announced it is considering creating a presumption for asthma and other respiratory illnesses for post 9/11 veterans who served in Afghanistan and Uzbekistan and were exposed to particulate matter pollution.

That’s a move in the right direction, Bozella says. “In a general sense, we are supporting any legislation that addresses environmental toxins. If we want to continue to put troops in harm’s way, we need to be willing to pay for the health care and benefits. You can’t have one without the other – that’s accountability.”

How about those who served at

How about those who served at Fort McClellan, AL? They are predominantly women, and exposure to multiple chemicals (many of which are similar to agent orange, but more deadly), and are suffering from terminal/chronic illnesses.
Submitted by j.w.beal : Jun 13, 2021 12:39pm