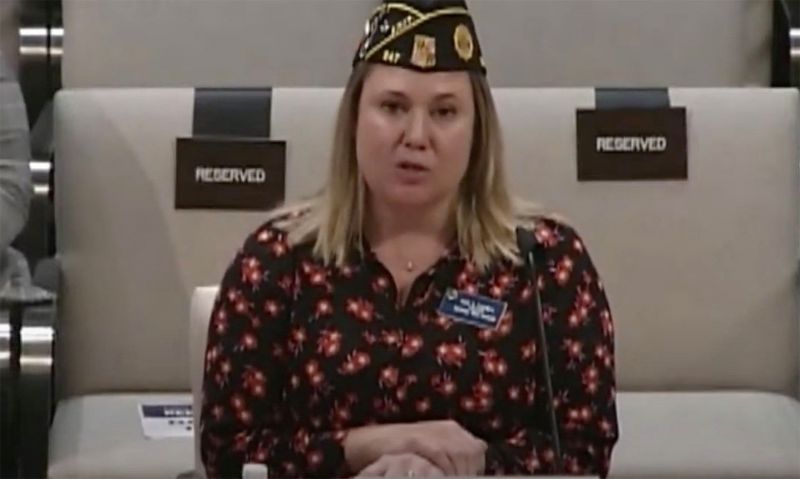 The American Legion called upon the Department of Veterans Affairs (VA) to address the inequity in claims approvals for survivors of Military Sexual Trauma (MST) in a House Committee on Veterans’ Affairs subcommittee hearing on Nov. 17.

One in four military women and one in 50 military men will be sexually assaulted during their time in service. Forty percent of those who reported MST ultimately had their claims improperly denied. Katie Purswell, the director of The American Legion’s National Veterans Affairs and Rehabilitation Division, says that VA is long overdue for an intervention.

“We are trained and conditioned to trust the people to our left and our right,” she told lawmakers. “We would even take a life or set down our own to protect them. These people are our family.”

So why, asked Purswell, do we turn a blind eye or victim blame when a member of our family is sexually assaulted? “Women are asked what they did to encourage the assault,” she said. “And men are asked why they didn’t fight to stop it from happening in the first place.”

Veterans turn to VA for care and support as they transition off active duty. When filing a claim for MST, a veteran must first declare they have post-traumatic stress disorder (PTSD) from the event. Purswell says this forces a veteran to minimize their experience and can cause them to turn away from VA.

“MST does not have its own disability questionnaire,” she said. “It falls under PTSD as a ‘stressor’, not its own ratable condition.”

A specific MST disability benefit questionnaire will provide the claims specialist with a more complete picture. Purswell added that the Department of Defense (DoD) should permanently maintain records of reported MST allegations. This would expand a victim’s access to documented evidence needed for future VA claims. Combined, these efforts would reduce the burden of proof from the veteran.

Additionally, Purswell said the physical injuries and all secondary diagnoses resulting from MST should be a part of the overall MST claim. “By grouping all comorbidities that occurred during MST as one, the veteran will likely have a more cohesive claim to file and will also likely earn a higher rating than if all secondary injuries are rated separately,” she said.

Sexual harassment and assault are largely looked at as a women’s issue and the inequity in MST claims approvals reflects this. According to the DoD’s 2018 Sexual Assault Prevention and Response report, 37 percent of women servicemembers who experienced sexual assault reported the crime, with only 17 percent of men reporting their assault. However, more than half of the survivors of MST are men.

The American Legion testified that military and sociocultural expectations of male veterans influence the inequity in claims approvals for male MST survivors.

“According to these expectations, male veterans are expected to handle unwanted sexual situations in the moment so as to not allow it to happen in the first place,” Purswell stated in her written testimony. “Conversely, women are somehow painted as victims who cannot defend themselves, so their claims are more credible.”

A solution recommended by The American Legion is to combine Veterans Health Administration (VHA) and Veterans Benefits Administration (VBA) MST processes by creating a stand-alone MST office with staff that is expertly trained to VA standards in MST injury and claims. A collaborative effort will ensure a veteran has access to support and care during the claims process. Additionally, The American Legion believes both oversight and inequity will benefit from a joint VHA/VBA endeavor. These recommendation are supported by American Legion Resolutions No. 18: Veteran Military Sexual Trauma (MST) Claims Training and No. 67: Military Sexual Trauma.

This is a personal endeavor for The American Legion because MST affects all veterans, wrote Purswell. “It is a priority of The American Legion that all our nation’s veterans receive the quality care and support we expect from VA,” her written testimony stated. “The American Legion knows firsthand that VA is the best place for veterans to receive care. We also know there are always improvements that can be made especially when an issue like MST claims is identified.”