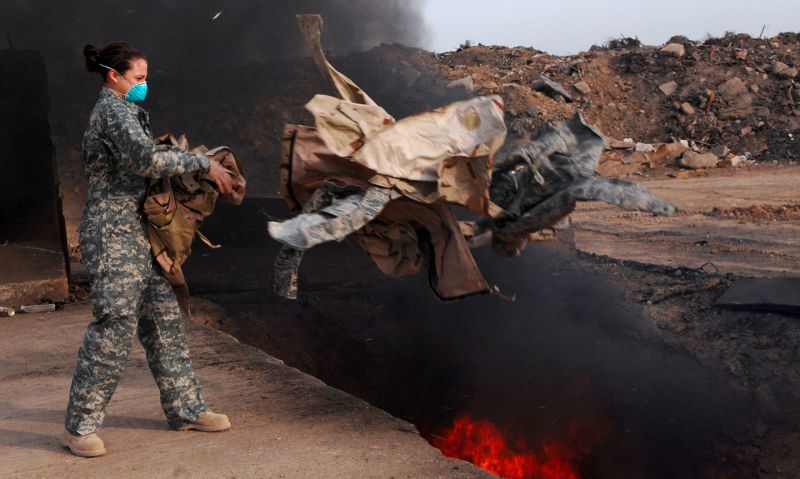 New bipartisan legislation is expected to help post-9/11 veterans suffering from the impact of toxic exposure, congressional leaders of the Senate Veterans’ Affairs Committee (SVAC) announced at a press conference on Feb. 1.

SVAC Chairman Jon Tester, D-Mont., and Ranking Member Jerry Moran, R-Kan., announced the bipartisan Health Care for Burn Pit Veterans Act which will address the hurdles many post-9/11 veterans are facing in accessing care through the Department of Veterans Affairs (VA). The legislation is part of a three-phased approach to address concerns of overwhelming the already-strapped VA health-care system.

According to Tester, the legislation is critical because the same issues plaguing Vietnam veterans when it comes to presumptive conditions related to Agent Orange exposure are now being seen in post-9/11 veterans.

“Without action, post-9/11 veterans will suffer as Vietnam veterans have, and every year more toxic exposure veterans will pay the ultimate price while waiting for the treatment that they need,” he said.

Veterans may not experience health issues related to toxic exposure until years after their separation from service. This becomes a hurdle when seeking VA health care. Of the 3.5 million post-9/11 combat veterans, one-third are unable to access health care through VA.

“Many of these men and women were exposed to burn pits, and that’s a serious problem,” Tester added. “Some of them may assume they would never need VA care but are now battling late and emerging health-care challenges, often a byproduct of toxic exposure.”

One of the ways the Health Care for Burn Pit Veterans Act addresses the barriers to post-9/11 veterans seeking VA health care is to increase the number of years they may enroll as part of Priority Group 6. Expanding this window from five to 10 years will help secure health care for more veterans, as well as cover those who experience symptoms from diseases that manifest years after service. Additionally, the bill creates a one-year open enrollment period for post-9/11 combat veterans who did not sign up during the initial five years following discharge. Veterans eligible for enrollment do not need to have a VA disability rating.

“This is the first step on a continuum in trying to make certain those who experienced toxic exposure and as a result are suffering in their health will receive medical benefits,” Moran said.

“The American Legion is proud to support the Health Care for Burn Pit Veterans Act which eases the burden on veterans navigating the claims filing process by giving all post-9/11 veterans, in any theater of combat operations after November 1998, access to VA health care by granting Priority Group 6 eligibility,” he said. “Although VA is working to improve the presumptive process, unfortunately, time is running out for some.”