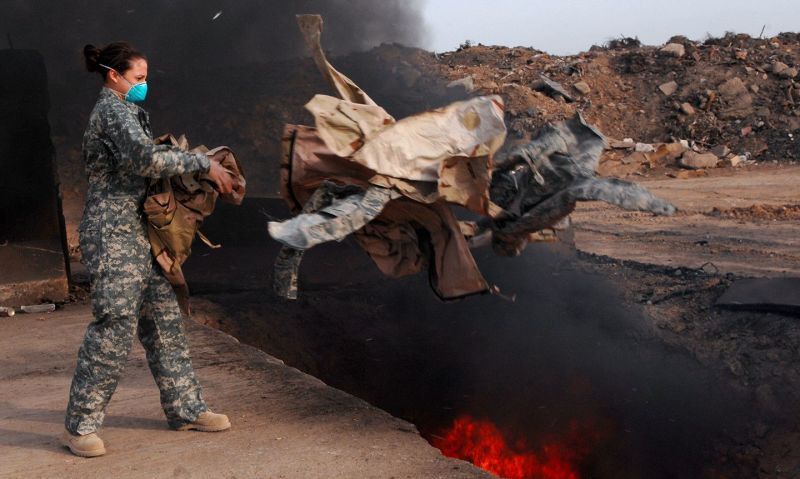 Nine rare respiratory cancers have been added to the list of presumed service-connected illnesses associated with toxic exposures during military service, the Department of Veterans Affairs (VA) announced April 25.

According to a VA press release, the “rarity and severity of these illnesses and the reality these conditions present, is a situation where it may not be possible to develop additional evidence” prompted VA to act.

Adding these nine presumptive conditions is a step in the right direction, said Ralph Bozella, chairman of The American Legion Veterans Affairs and Rehabilitation Commission.

“Veterans who are suffering today cannot wait decades before receiving the care they need and deserve,” he said. “If we are to continue to put troops in harm’s way, we need to provide them with the care they have rightfully earned. VA adding these nine rare respiratory cancers as presumptive illnesses associated with toxic exposure is a measure in accountability for our nation’s veterans.”

The nine new cancers are:

· Squamous cell carcinoma of the larynx.

· Squamous cell carcinoma of the trachea.

· Adenocarcinoma of the trachea.

· Salivary gland-type tumors of the trachea.

· Adenosquamous carcinoma of the lung.

· Large cell carcinoma of the lung.

· Salivary gland-type tumors of the lung.

· Sarcomatoid carcinoma of the lung.

· Typical and atypical carcinoid of the lung.

“Last year we made promises to fundamentally change and improve how we establish and expedite presumptions — now we’re keeping them,” said VA Secretary Denis McDonough. “We are taking a new approach to presumptives that takes all available science into account, with one goal in mind — getting today’s veterans — and vets in the decades ahead — the benefits they deserve as fast as possible.”

VA will begin processing disability claims for veterans who served in the Southwest Asia theater of operations beginning Aug. 2, 1990, to the present, or Afghanistan, Uzbekistan, Syria or Djibouti beginning Sept. 19, 2001, to the present. Veterans who have been diagnosed with one of the listed cancers may be eligible for compensation benefits.

Those who had claims previously denied for any of these respiratory cancers are encouraged to file a supplemental claim for benefits. Veterans, survivors or dependents applying for the first time, can file a new claim here.