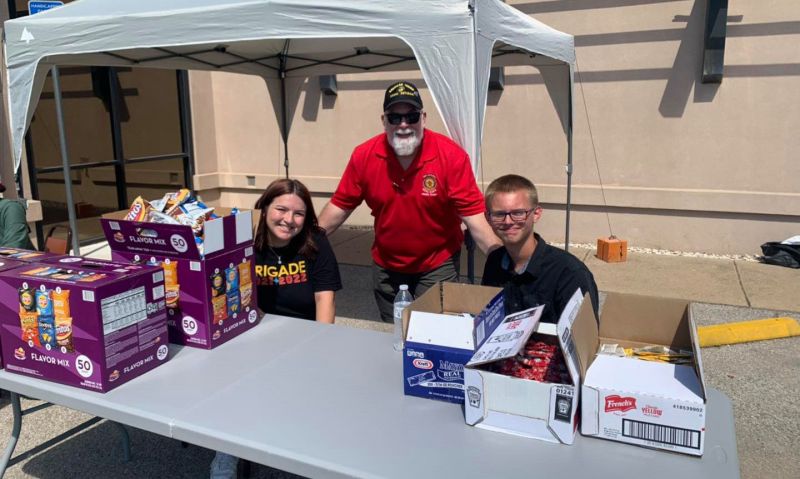 In just a few months, the Sand Springs Veterans Center has become a hub for American Legion Post 17 to interact with its community. (Post 17 Facebook photo)

Thanks to a collaboration between a post’s American Legion Family with other veterans groups in the area, as well as city officials, veterans in a western suburb of Tulsa, Okla., will no longer have to look for a place to gather. That place is now front and center in the city of Sand Springs.

The Veterans Alliance Corps of Sand Springs — comprised of American Legion Billie A. Hall Post 17 and Auxiliary Unit 17, Vets That Matter and the Witkop Foundation — has taken possession of a city building formerly used to house senior citizens. It’s now been renamed the Sand Springs Veterans Center and will serve a hub for community members who’ve served in the U.S. military.

American Legion Post 17 Commander Karen Cruice, who is also the Oklahoma American Legion District 1B commander and the treasurer for the Veterans Alliance Corps, said Post 17 had been looking for a property for some time and teamed with the other veteran organizations in early spring of this year to work with the city to take over its former senior center that was closed during the pandemic and its residents moved to another facility.

“The city has been looking for a way to help veterans,” Cruice said. “A local town in the area, Broken Arrow, the city did a grant and built a veterans center. All the groups in there have their own offices. So other small towns around the area are looking for ways to make that happen.”

Representatives from each member of the Alliance worked with city officials to procure use of the building for $1 a year. Each of the four groups came up with the first six months of rent, insurance, utilities and other expenses associated with maintaining the building.

“The goal is to make the (Alliance) self-sufficient so that none of the groups have to take from their money that they’re raising to help veterans to run the building,” said Cruice.

An official ribbon-cutting for the facility, which has been open for around two months, takes place Saturday, Sept. 17. The event will feature speakers, tours of the building and informational tables about the four organizations that make up the Veterans Alliance Corps.

The center is located in the heart of the city, and Cruice said the location already is paying off. “It’s on the (city’s) main street, right along the beaten path. So people see us,” she said. “It’s a presence and reaching more veterans.

“This last Sunday The American Legion used the building to offer lunch to the community, free of charge, for our day of service for Sept. 11. That’s our very first example of how people can see us. People have come out of the woodwork contacting us, reaching out to us, just knowing that we’re there.”

Being in that kind of location can mean more than camaraderie for the community’s veterans, Cruice said. For some and their families, it can be life changing.

“Our veteran suicide numbers – you have to be present to be able to help,” she said. “We’ve got a lot of veterans that are lonely. We’ve got a lot of widowed veterans coming to the building. They’re coming and just hanging out and helping paint and things. Otherwise, they’re at home alone. So it’s a big deal.”

She also noted that with passage of the PACT Act, more veterans will be seeking out Department of Veterans Affairs benefits and have questions about how to get those benefits. Training has been ongoing to prepare members of the Alliance to assist those veterans.

“The PACT Act is a major forefront for us,” Cruice said. “We want people that maybe don’t feel confident with a service officer, but at least know how to get the information and start the process. And then a service officer can reach back to them. Just being open and being available is our No. 1 goal. And in a setting that people feel safe to come to.”