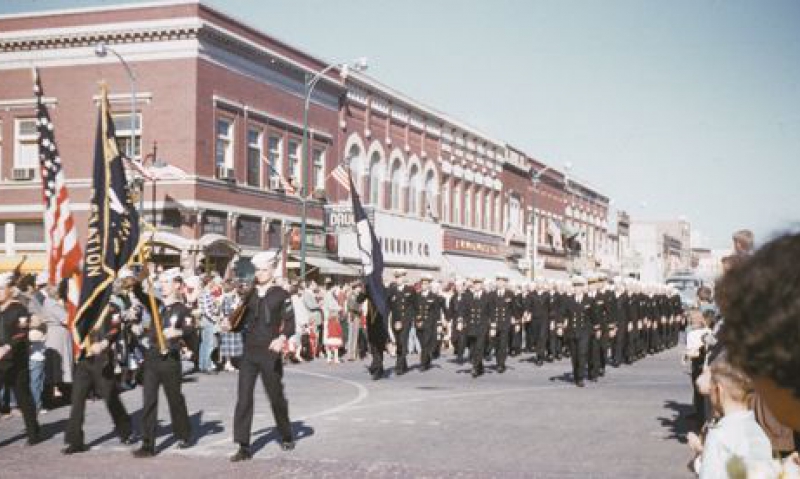 Too young for World War I and too old for World War II, Alvin King never served in the U.S. Armed Forces. He was a cobbler. But he was a cobbler in Emporia, Kan., in the patriotic heart of America, where honor for those who’ve served runs deep as the roots of the oaks and sycamores that line the city streets.

King knew just about everyone in Lyon County. He paid especially close attention to those with Blue Star Banners in their windows. “He was just a small-town businessman who had a deep interest in the guys going in,” said Lee Stolfus, adjutant of Emporia’s American Legion Post 5. “He knew them all personally, and their parents.”

King fixed shoes free of charge for those lacking the money to pay, including war orphans and widows. He played Santa Claus for schoolchildren, assembled care packages for troops overseas and served actively in the American War Dads.

But his community spirit ultimately reached far beyond Emporia. He is credited with giving us Veterans Day.

World War II and the Korean War had claimed the lives of more than 100 sons of Lyon County by 1953. Among them was Medal-of-Honor recipient Marine Sgt. Grant Timmerman, a tank commander who gave his life shielding his men from a live grenade. And there was King’s nephew, Pvt. John Cooper – killed instantly in Germany, from a Nazi artillery shell, just before Christmas 1944.

Armistice Day – established in 1938 to recognize the end of World War I – did not sufficiently honor all who fought afterward, say King and his fellow Emporians. So, for Nov. 11, 1953, they decided to overhaul the observance into an “All Veterans Day.” King would be chairman.

A parade was the central feature. Marching along Commercial Street were a Marine Corps color guard, an American Legion bugle corps, troops from the 137th Infantry, a Naval Reserve unit, recruiters, high-school bands, Army mothers, Navy mothers, Boy Scouts, Girl Scouts, baton twirlers and veterans from all 20th century wars thus far. Marine fighter planes swooped and soared. Whistles and sirens howled until 11 a.m. when a moment of prayer was observed for the peace that came in 1918. Then it was off to the civic auditorium for a free meal, served in GI chow-line style, followed by a wheelchair basketball game, a free movie, a smoker and a dance.

Kansas Gov. Edward F. Arn attended and said, “This is a wonderful thing. It should be done in every city of the nation.”

And so, the following spring, U.S. Rep. Ed Rees of Emporia, introduced legislation in Congress to change Armistice Day to Veterans Day for all of America.

On Oct. 8, 1954, President Eisenhower signed a proclamation that stated: “On that day, let us solemnly remember the sacrifices of all those who fought so valiantly, on the seas, in the air, and on foreign shores, to preserve our heritage of freedom.”