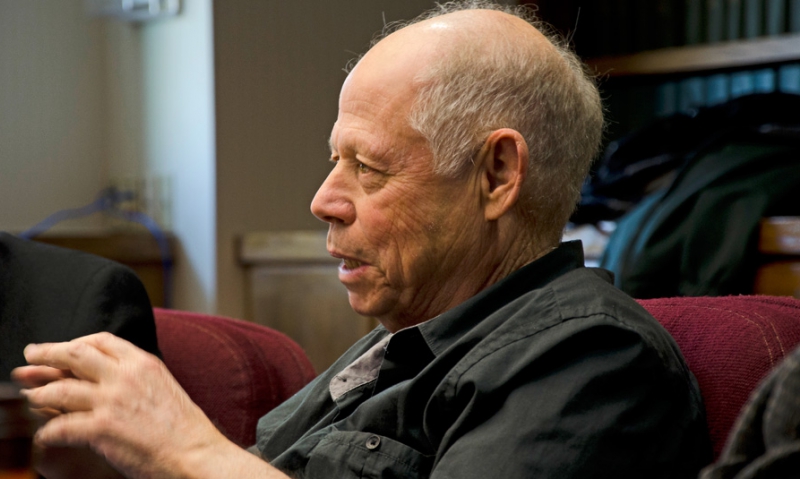 On Feb. 4 in Washington, Eshel Ben-Jacob, adjunct professor of biochemistry and cell biology and senior investigator at the Center for Theoretical Biological Physics at Rice University in Houston, briefed The American Legion about the results of a study done on the effectiveness of hyperbaric oxygen therapy (HBOT).

The study, titled “Hyperbaric Oxygen Therapy can Improve Post Concussion Syndrome Years after Mild Traumatic Brain Injury,” evaluated 90 patients that received a HBOT regimen of treatment in 2009. For the treatment protocol, the patients were divided into two groups and received alternate HBOT treatments for two-month periods. Without using any other therapies, including drugs, every patient showed substantial improvements. The study also concluded that HBOT can induce neuroplasticity, leading to repair of chronically impaired brain functions and improved quality of life in TBI with prolonged post concussion syndrome.

Ben-Jacob also showed a 2013 video report from Reuters about a woman whose TBI was so severe that she could not walk or speak. After HBOT treatment, she was able to conduct an articulate, on-screen interview.

Ben-Jacob explained the human brain’s innate “nano-technology” -- exosomes --  have special functions in the body at the cellular level. HBOT should not commence immediately after a traumatic brain injury, he said, and recommended a waiting period of three to six months. “It is very bad to provide HBOT too soon, or at too high of a dosage, because it could cause damage.”

Former Secretary of the Army Marty Hoffman, also in attendance, said the U.S. Army has classified the incidence of both TBI and suicides as “epidemic.” While Army statistics list about 270,000 cases of TBI in its ranks, Hoffman said a RAND Corporation study put the number at about 600,000.

“Where The (American) Legion comes in,” Hoffman said, “the Legion speaks to the chain-of-command. This is a real-world situation. The issue is, what is the risk in treating now? And how can that risk be removed?”

Ralph Bozella, chairman of The American Legion’s Veterans Affairs & Rehabilitation (VA&R) Commission, listened in on the meeting by phone. He said the Legion’s role “is to shed a spotlight on innovative treatments that are available. Further, Bozella added that “we do not formally endorse one treatment or another.  Instead, it is our goal that these treatments are brought to the forefront to go through the proper clinical trials and research studies to validate the treatment. We need these studies to move forward.”

Ben-Jacob said his next steps would be to collaborate on more articles about HBOT’s effectiveness in treating TBI and working with researchers and clinicians in Israel and the United States to advance the treatment. “There is a treatment” for TBI, he said, and “veterans need the chance” to get it. He said HBOT should not be classified as an alternative or complementary therapy “because that already gives it a stigma.”

The American Legion recently launched a TBI and PTSD survey on its website.  The survey asks veterans diagnosed with TBI and PTSD on what types of therapies, treatments and complementary and alternative medicine treatments they are currently receiving, which includes Hyperbaric Oxygen Therapy.