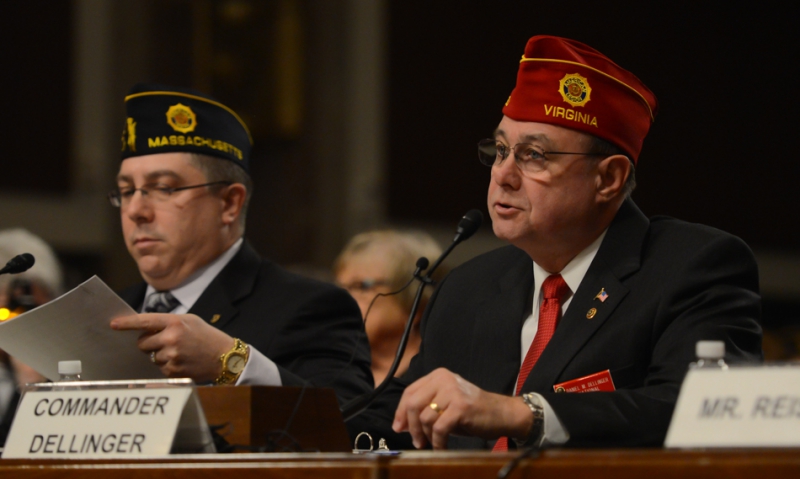 Only 10 days after The American Legion called for the resignations of Department of Veterans Affairs Secretary Eric Shinseki and two of his top executives, National Commander Daniel M. Dellinger will testify at a May 15 hearing before the Senate Committee on Veterans' Affairs where Shinseki will be the star witness.

Shinseki will testify about the state of VA and will answer questions from the committee about the alleged cover-up at the Phoenix VA facility and many others.After CNN broke the news on April 24 that 40 veterans may have died while waiting for care from the Phoenix VA facility, Arizona Sens. John McCain and Jeff Flake asked the Senate Committee on Veterans' Affairs to conduct a hearing on allegations of patient neglect at the Phoenix facility. The committee's chairman, Sen. Bernie Sanders, I-Vt., responded that a hearing would be held after VA's Office of Inspector General completed its own independent investigation.

Sanders' said Thursday's hearing on "The State of VA Health Care" will focus on "what the VA health care systems does well and how it can improve care for veterans."

The hearing will begin at 10 a.m. (EDT) and will be streamed live here.