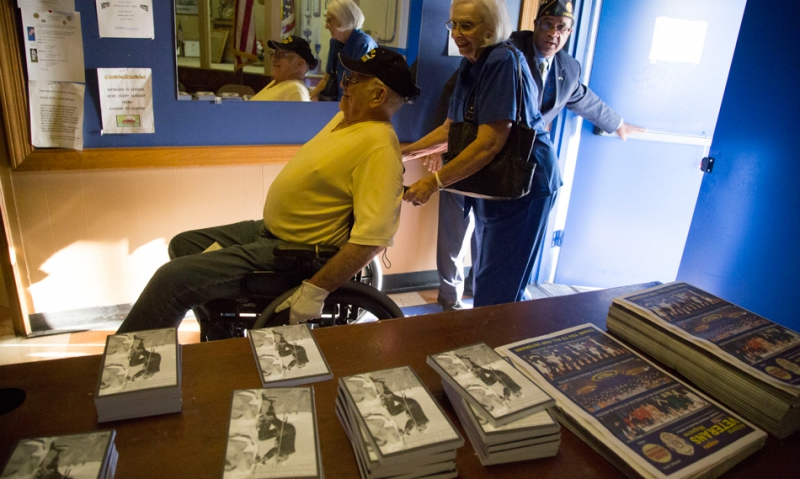 The American Legion is sending a team of experts to Phoenix next week to set up a Veterans Crisis Command Center to help veterans and family members affected by the health-care scandal at the city’s Veterans Affairs (VA) medical center.

The crisis center, located at American Legion Post 1 on 364 N. 7th Ave., will open its doors at noon on June 10. It is the Legion’s latest response to a situation at the VA facility that has kept 1,400 veterans waiting for medical appointments, and kept another 1,700 off any type of waiting list. The preventable deaths of patients have been linked to what VA’s Office of Inspector General has called a “convoluted” scheduling system.

"We came to Phoenix last month and heard complaints from many veterans at our town hall meeting,” said Verna Jones, director of the Legion’s Veterans Affairs & Rehabilitation Division in Washington. “Not only are we going there to listen again, but we are going to follow up on their concerns, and provide services and support in their time of crisis.”

Another town hall meeting for local veterans and the community at large is scheduled for 7 p.m. on Monday, June 9, also at American Legion Post 1. The meeting will be streamed live at www.legiontv.org.

The next day, Jones and her staff will meet with the Phoenix VA facility’s acting director and staff to learn about their action plan to provide immediate care for more than 3,000 veterans who have been waiting for their medical care.

Jones said the Legion’s crisis center will have a “triage team” to identify problems of those who visit the center, then direct them to appropriate stations on-site for benefits claims, enrollment in VA health care and bereavement counseling. Individuals will also be given the opportunity to share their experiences with any local media outlets reporting on the activities.

The claims station will assist those who may be eligible to file benefits claims with VA that are associated with their lack of medical care. If it can be proven that veterans perished because of delayed care, or their conditions worsened, dependency and indemnity compensation benefits may be awarded.

Accredited Legion representatives will also help to enroll veterans into the VA health-care system, and help those who believe their care has been unduly delayed but not yet identified as such by VA.

Grief counselors at the crisis center will assist family members who have lost loved ones due to VA negligence. Counselors from VA Vet Centers will also be on hand to help affected veterans. Long wait-times may have caused or aggravated mental-health conditions such as depression.

Ron Abrams, co-executive director of the National Veterans Legal Services Program in Washington, will also be available to discuss any legal issues with visitors. He is also an accredited American Legion representative.

Ralph Bozella, chairman of The American Legion’s Veterans Affairs & Rehabilitation Commission, said the crisis center in Phoenix will serve as a template for helping veterans in other cities affected by VA’s wait-list scandal.

“The American Legion wants to help restore the faith of veterans in the VA health-care system,” Bozella said. “We can do that by reaching out and helping people affected by the current VA scandal. That’s why we’re going to Phoenix. That’s why we’ll be going to other cities where men and women who have served America need our help.”