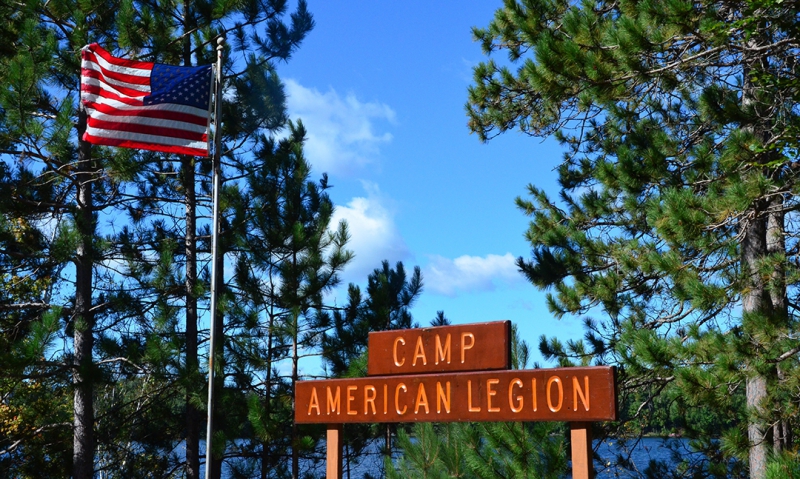 For years, thousands of Wisconsin veterans and military personnel have headed to the state’s Northwoods area from Memorial Day through Labor Day. Their destination: Camp American Legion, labeled the “diamond in Wisconsin.”

Located on 300 wooded acres along Big Carr Lake in Lake Tomahawk, Camp American Legion has served as a retreat for the state’s wounded veterans, military personnel and their families since 1925. The facility is open to any Wisconsin veteran or active-duty servicemember with a physician-documented physical or psychological illness, injury or disability; active-duty military returning from a deployment in the past nine months; and any surviving family of a servicemember killed in the past year.

One of those, U.S. Army veteran Linda Beer, has battled post-traumatic stress disorder since leaving the military. She’s been to Camp American Legion multiple times and said it’s made a huge difference in her life.

“I don’t have a fear of living by myself or being alone anymore,” Beer said. “I’m getting stronger, and I owe that to coming here. I like where I am now.”

While at the facility, campers can stay – at no cost – in more than 20 furnished cabins, and participate in fishing, boating, swimming, crafts, hiking, playing games or even watching TV.

And last summer, the facility dedicated the Gary G. Wetzel Way trail, a mile-long, handicapped-accessible nature trail. Named for the Vietnam War Medal of Honor recipient and life member of Post 434 in Oak Creek, Wis., the trail was built at no cost to the Department of Wisconsin – thanks to Local 139 of the International Union of Operating Engineers and other local road construction contractors donating labor, equipment and materials to complete the project.

But it’s not just the activities that are therapeutic. Jessica, a U.S. Army veteran who asked that her last name not be used, has been to Camp American Legion multiple times. Just being around others with a shared background makes a difference for her.

“Being around other people that have embodied the same things that you have had to go through helps me be able to talk and help some of that not hurt so much,” Jessica said. “It’s almost like rubbing a scar and making it go away. Rubbing is like talking and meeting other people.”

Donations help fund the camp, while volunteers provide repairs when necessary. Legion posts sponsor cabins, while the Wisconsin Legion Riders have a ride in the fall that has raised more than $50,000 for the facility in the past four years alone.

The entire Department of Wisconsin both supports and believes in Camp American Legion. So does Camp Director Kevin Moshea, who gets a chance to see the transformation that takes place in a veteran who visits the facility.

“It means everything to me,” said Moshea, a member of Post 318 in Lake Tomahawk. “It’s why I get up in the morning. It is the thing that makes me say to the good Lord, ‘I know why you put me here.’ Changing people’s lives is my daily goal in life. When I visibly see a change, that makes my day.”