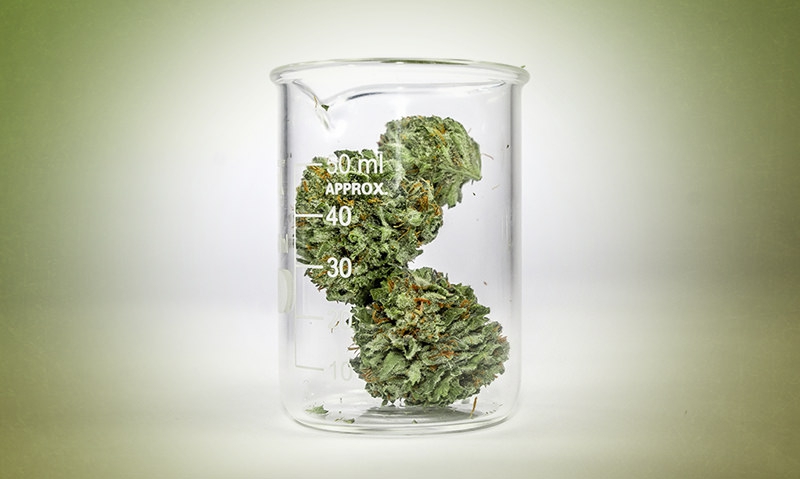 An independent public opinion research company conducted a nationwide survey about the opinions of veterans, their family members and caregivers on the issue of medical cannabis. See the survey results here.Learn more about The American Legion's push for research into medical cannabis here.

The results are significant and reinforce The American Legion’s continued efforts, under Resolution 11, to urge Congress to amend legislation to remove marijuana from Schedule I of the Controlled Substances Act and reclassify it, at a minimum, as a drug with potential medical value.

According to the survey – which included more than 1,300 respondents and achieved a +/- 3.5 percent margin of error at a 95 percent confidence level – 92 percent of veteran households support research into the efficacy of medical cannabis for mental and physical conditions.

In January 2017, the National Academy of medicine released a review of more than 10,000 scientific abstracts and found substantial evidence to support the idea that cannabis was effective in treating chronic pain, reducing spasticity in Multiple Sclerosis patients, and reducing symptoms of chemotherapy-induced nausea. The American Legion calls on the federal government to confirm or deny the validity of these studies.

VA officials report that about 60 percent of veterans returning from combat deployments and 50 percent of older veterans suffer from chronic pain compared to 30 percent of Americans nationwide.

Many veterans suffering from post-traumatic stress disorder and chronic pain – especially those of the Iraq and Afghanistan generation – have told The American Legion that they have achieved improved health care outcomes by foregoing VA-prescribed opioids in favor of medical cannabis. While the stories of these wartime veterans are compelling, more research must be done in order to enable lawmakers to have a fact-based debate on future drug policy.

The survey also showed that 22 percent of veterans are currently using cannabis to treat a medical condition.

The opioid crisis in America is having a disproportionate impact on our veterans, according to a 2011 study of the VA system, as they contend with the facts that poorly-treated chronic pain increases suicide risk, and veterans are twice as likely to succumb to accidental opioid overdoses. Traumatic brain injury and PTSD remain leading causes of death and disability within the veteran community, according to Lou Celli, director of the Legion's Veterans Affairs and Rehabilitation Division.

Here are some highlights from the survey:

Here is how you can help:

CLICK HERE to contact your elected officials and urge them to support The American Legion's efforts to: