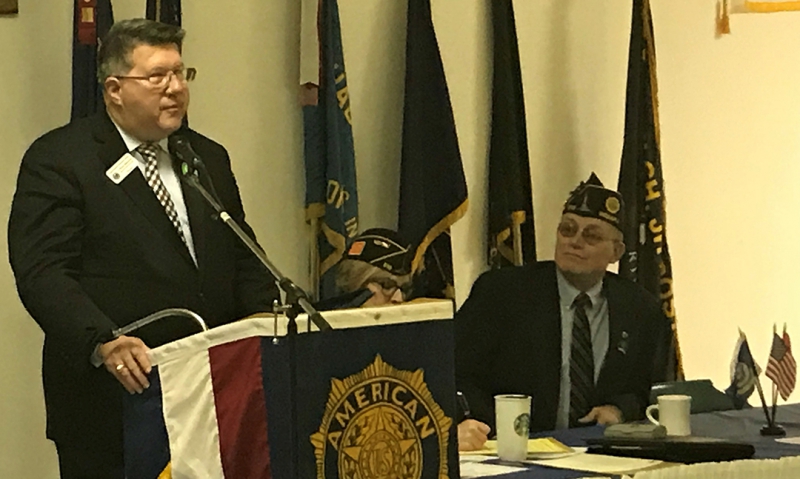 It’s a rare week that Department of Veterans Affairs Secretary David Shulkin’s name isn’t in the national news. But the head of the Indianapolis VA facility said he and his staff aren’t letting news reports get in the way of the care they provide to Indiana’s veterans.

Hancock, who has spent more than 30 years in the health-care field as both a physician and administrator, said VA is open to more scrutiny that other health-care providers. “When you hear things about the VA, the press can take a pretty hard stance because we are federally funded and because we are transparent,” he said. “You hear things that go on that make us not proud of things that are happening from time to time – hopefully elsewhere."

Hancock, who spent 25 years in the private health-care sector, said VA regularly completes issue briefs for anything from a water leak to having a veteran die while under VA care. “I will tell you that I have not yet seen an issue brief during my nine years in the VA regarding something that has not happened in the private sector,” he said. “Here’s the difference: They don’t tell anybody.

“So when we get this wave of enthusiasm to send all of your health care to the private sector because they do so, it’s not (that) they do well. They just don’t tell you when they don’t do well. That’s OK. That’s the way it is.”

Despite some rough patches, including a nationwide scandal that broke in 2014, Hancock said VA has improved access to care for its stakeholders. “The VA is not the VA of five years ago, nine years ago and not 20 years ago,” he said. “If I did not believe we were providing the best care possible, I would not stay there. I want to continue to improve what we are already doing. And where we stumble, which we will – and any health-care system will stumble – but we will identify … every opportunity to look at things and see how we make them better continuously.”

Hancock briefly spoke about VA expanding its services to Shelbyville, Ind., via a partnership with Major Health Partners. Approximately 5,000 square feet of physician offices have been donated by Major Health Partners to VA, which will use the space to establish a clinic in April that initially will provide primary and mental health care.

Hancock also told Legionnaires of what he said is VA’s first-ever collaboration with a YMCA to build a combined veteran-based and civilian-based YMCA in Pike Township in Indianapolis. He said 5,000 feet will be dedicated to providing veterans with rehabilitation, health, dietary and mental health needs.

And VA has teamed up with Gov. Eric Holcomb – a member of Post 510 – to use space located in downtown Indianapolis as a veterans resource center. “This will be a one-stop shop for our veterans and unique to the state of Indiana,” Hancock said. “We are very, very proud that we have the fortitude to go where the government has not gone before.”

The son of a U.S. Navy veteran and Pearl Harbor survivor, Hancock said it took his father 60 years to talk about what happened on Dec. 7, 1941. Hancock’s father had been invited to spend the night of Dec. 6 on either the U.S.S. West Virginia or U.S.S. Arizona but chose to remain in the barracks because he was on duty the next morning.

“If he had slept on board one of those battleships, I would probably not be here today,” Hancock said. “I am committed to making sure that the veterans that we serve are treated every single day, day in and day out, like I would want my father to be treated. That’s my commitment.”

Hancock’s presentation was one of four to five appearances by guest speakers at Post 510’s regularly scheduled meetings. Paul Norton, the post’s second vice commander, urged other Legion posts to take a similar approach in order to attract better turnout at meetings and, in turn, boost membership.

“Bring in someone interesting and someone with credibility,” Norton said. “We’ve been doing that, and it’s working. Posts should think outside of the template of the Post Officer Guide for ways to reach more members and bring them into the post.”