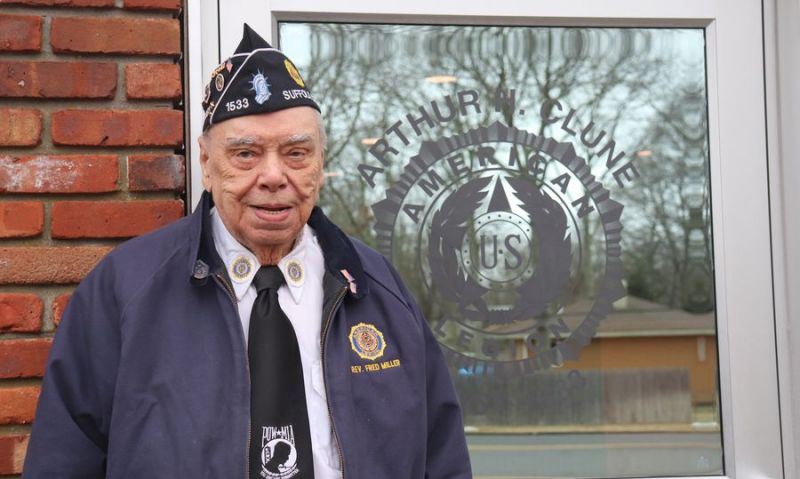 In 2012, U.S. Air Force veteran Frederick Miller saw a report on CNN about veteran suicides. And then he started to notice multiple reports showing the number of suicides each day, but didn’t see much in the way of how the problem was being addressed.

So Miller – the former Nassau County (New York) chief of parasitology, an ordained reverend and the chaplain for Arthur H. Clune American Legion Post 1533 in Mastic Beach – decided to start addressing the problem at the local level.

Miller’s Veterans Peer-to-Peer Program started at his post, but has since grown to become a Suffolk County program, with more than 100 Legion Family members participating. Those who participate in the program as counselors undergo training and then work with veterans who are struggling with post-traumatic stress disorder and what Miller calls the “moral injuries” associated with serving in combat.

“I knew we had to do something about veteran suicides,” said Miller, who was a Strategic Air Command medic during the Korean War. “That’s when I started the peer group … to have veterans trained to talk to talk veterans and stop these suicides.

Legion Family and clergy members who serve as peer counselors in the program go through training via the International Critical Incident Stress Foundation, which provides similar training to first responders who provide peer support.

The counselors conduct monthly meetings at area churches on Long Island, though Miller said plans are in the works to move to weekly meetings. Meetings are confidential, and only first names are exchanged. Miller said he’s coordinated with the Northport VA Medical Center to get their input and support for the program.

The meetings are an opportunity for struggling veterans to talk one on one with someone who may have gone through similar issues at one time. “A veteran will talk to another veteran or a member of the clergy quicker than they’ll talk to anyone else,” Miller said. “I wanted to capitalize on that.”

Miller said three suicides have been prevented through the Veterans Peer-to-Peer Program.

He hopes to reach even more veterans, and encourages any in the area who are struggling to enroll in the program by contacting him at (631) 395-4646. “If I can save somebody’s life, it’s worth it,” Miller said, adding that being able to help a veteran through a difficult time “feels like God allowed me to do his job. It’s a tremendous blessing. And the guys who have done it with me get the same feeling. One of the (veterans) we helped, when we saw him the next month we didn’t even recognize him. He was a completely different person.”