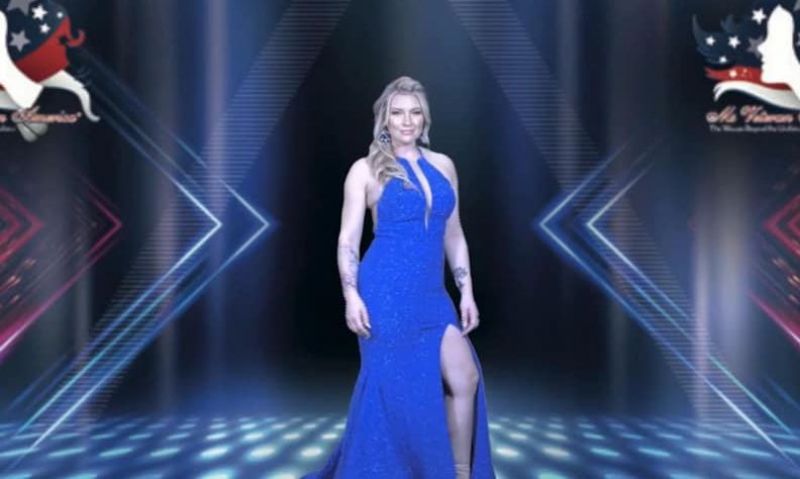 U.S. Marine Corps veteran Karalyn Martin hit a point after her military service where she was ready to kill herself. She had what she called “a plan” to do it.

But Martin, a member of American Legion Post 345, got the help she needed and was able to move to a better place in her life. And now the Texas Legionnaire has dedicated herself to helping other veterans who may be on the same road she’d traveled.

Martin, who recently had a top-10 showing in the Ms. Veteran America 2020 competition, is a probation officer and veteran resource officer for the Tarrant County Probation Office. She holds both a bachelor’s degree in psychology and a master’s degree in social work; through her education, job, volunteerism and work with multiple non-profits, she assists veterans through suicide prevention efforts, and guidance through the military-to-civilian transition, dealing with the Department of Veterans Affairs, homelessness, financial and legal issues, and other areas where she may know of available resources.

“I don’t take no for an answer, and I don’t mind doing the legwork,” Martin said. “That’s one of the things that’s difficult for military members. They give up because it’s just too difficult. They’re done fighting. I’ll keep fighting.”

Martin joined the Marines at age 17 after graduating from high school early. The military provided her with “kind of left and never came back” to a childhood that included sexual, physical and emotional abuse, and neglect, from family members.

Martin served her country in the Marines from 2007-12, earning the rank of E-5 while deploying to Afghanistan in 2011. That same year, she was sexually assaulted by a fellow Marine and suffered through harassment.

That experience has “100 percent” guided Martin to where she is now and why she is so passionate about helping other veterans. “I transitioned out fine,” she said. “But what I was struggling with – and what is more of my normal platform here locally – is suicide. Because I became so suicidal. I kept trying to get help and trying to get help. I ended up hitting rock bottom. I had made that decision (to die by suicide). I had made that plan.”

Martin was making an appearance for Air Power Foundation – which assists deployed military families, wounded, ill or injured servicemembers, and veterans, and for whom she is an ambassador – and was planning on it being “the last time you’ll ever see me.” But during the appearance she was put into contact with Recovery Resource Council, a Fort Worth-based entity that provides mental and behavioral healthcare and had a veterans therapy program utilizing Eye Movement Desensitization and Reprocessing (EMDR).

Martin went through the program and said “It absolutely works. That saved my life. And from that point forward … (helping other veterans) turned into my life purpose, outside of being a mom.”

Martin’s decision to compete in Ms. Veteran America came after seeing statistics for homeless women veterans, as well as a lack of facilities across the nation available to those veterans and their children. The competition’s sponsor, Final Salute Inc., provides assistance specifically to homeless women veterans.

But this year’s Ms. Veteran America was a bit different than the average competition. Because of the coronavirus pandemic, much of the preparations, fundraising and campaigning had to be done virtually, just as the final competition was conducted on Oct. 11. As an essential worker, Martin continued to work full-time while raising a 5- and 4-year-old.

“It was rewarding, more than anything,” Martin said of the experience. “Because of COVID, we faced a lot of challenges … and being able to be in person and spread awareness. It was pretty interesting.”

Martin managed to pick up the most followers on social media, earning the competition’s Social Butterfly award. And though she didn’t win, Martin said she’s fine with that.

“I feel great,” she said. “No, I didn’t get in the top three. But I don’t need a crown to do what I’m doing here in (the Dallas-Fort Worth area). My heart is here in DFW, and that’s where we’re going to work. Because North Texas does have the highest percentage of homeless female veterans. North Texas needs those additional resources, and I want to be a part of that change here. And I know I can make a difference here.

“It was a great experience, and I’m very grateful for what I’ve learned and everything I got to do. But ultimately, I’m good where I’m at.”