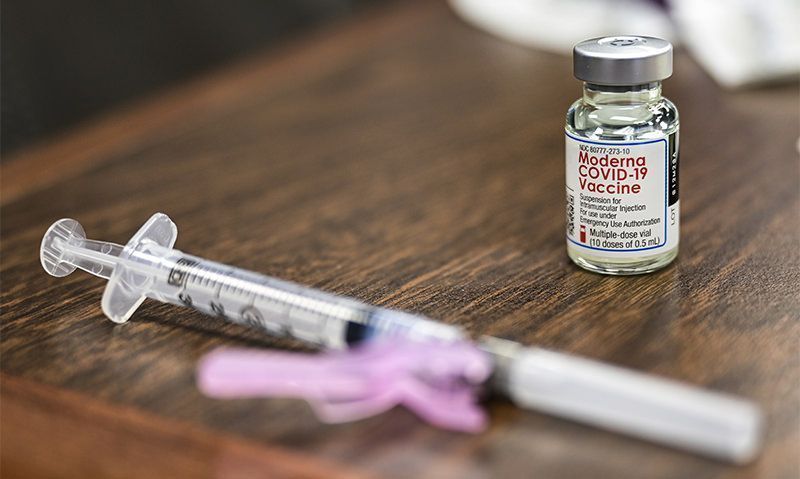 The House unanimously approved legislation Tuesday night that would require the Department of Veterans Affairs to offer coronavirus vaccines to all veterans, regardless of whether they’re enrolled in VA health care.

Under the bill, titled the VA Vaccine Act, caregivers of veterans, as well as veterans living abroad, would also qualify for vaccines through the VA. The legislation stipulates that veterans enrolled into VA health care would receive priority, and the VA will offer vaccinations to the other groups only if the vaccine supply is available.

“The bill gives VA the authority it needs to meet this moment,” said Rep. Mike Bost, R-Ill. “It is a lifeline for veterans and their caregivers.”

Bost and Rep. Mark Takano, D-Calif., lead the House Committee on Veterans’ Affairs and introduced the bill, which has the support of national veterans’ organizations. The legislation must go to the Senate for approval.

On Tuesday, four senators introduced a broader version of the bill. In addition to all veterans, veteran caregivers and veterans living abroad, the Senate’s “Saves Lives Act” calls on the VA to vaccinate spouses of veterans, as well as recipients of the VA’s CHAMPVA program. The CHAMPVA program serves spouses and children of veterans who are permanently and totally disabled due to a service-related disability.

“The goal is to try to help as many people around the veterans get a shot so that everybody can feel comfortable,” Jon Tester, D-Mont., said during an interview Monday.

Tester introduced the legislation, along with Sens. Jerry Moran, R-Kan., John Boozman, R-Ark., and Richard Blumenthal, D-Conn. The senators said they hoped to approve the bill in the next few weeks.

“If we wait until July, it’s too damn late,” Tester said. “We need to get it done quickly.”

As of Wednesday, the VA had vaccinated nearly 3 million people, including veterans, employees and other federal workers. The department can vaccinate 350,000 to 600,000 people each week — about double the amount it’s currently inoculating, said Dr. Richard Stone, acting undersecretary for health.

The trouble is getting enough doses. Stone said this month that the department was receiving an “austere” supply of vaccines and was focusing its efforts on employees and veterans enrolled in VA health care. There are about 6 million active users of the VA, as well as about 450,000 employees.

In February, the VA received about 125,000 doses of the Moderna and Pfizer vaccines each week. It remains uncertain how the recent approval of the Johnson & Johnson vaccine could boost the VA’s supply.

The Senate bill includes language that urges the Department of Health and Human Services to give the VA a greater share. The senators who introduced the bill believe that because the VA has greater resources than local entities, shifting the doses and more of the population to the VA could get people vaccinated at a faster pace.

“This is going to help everybody, because a lot of states are having a hard time getting shots in arms,” Tester said. “That’s not the case with the VA anywhere that I know of.”