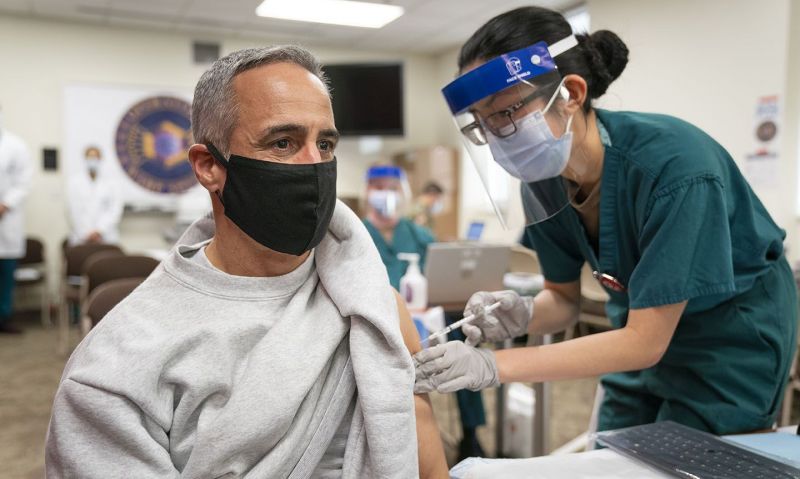 The Department of Veterans Affairs (VA) announced a pause in its administration of the Johnson and Johnson (J&J) COVID-19 vaccine following recommendations from the Centers for Disease Control and Prevention and the Food and Drug Administration.

This recommendation comes out of an abundance of caution following reports of rare instances of blood clots in those who have received the vaccine.

“Since December, we have been actively vaccinating America’s veterans and now their spouses against the COVID-19 virus,” said Richard Stone, the acting Under Secretary for Health at the Veterans Health Administration. “We have been using three types of vaccines and have now administered over 4.8 million doses of vaccine. In the past few weeks, we have begun using the Johnson and Johnson vaccine, and have now provided it to over 109,000 patients. And have seen almost no side effects.”

Of the 6.8 million doses of the J&J vaccine that have been administered in the U.S., only six cases of these rare blood clots have been reported.

Stone encourages veterans and their spouses to get the vaccine. “We want you and your families to be safe and get vaccinated as soon as you can.” To sign up for your shot, visit va.gov.

"Just like when we were in the service, we used various forms of protections to keep ourselves — and our battle buddies — safe from harm," Oxford said in a PSA. "Against this invisible enemy, the vaccines are the best protection available. And getting a vaccine is not just for ourselves. It’s for all of our battle buddies in this fight. Our spouses. Our children. Our grandchildren. Our friends. Our Legion Family. Our neighbors. All Americans."