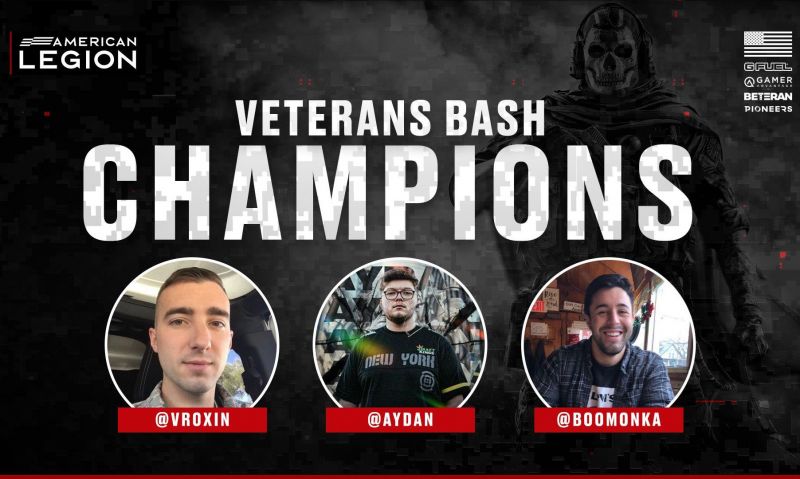 Together, The American Legion and Regiment Gaming hosted an online video gaming tournament between veterans and pro-gamers last Saturday that was a huge success. More than 25,000 people viewed the Veteran’s Bash Tournament live, which was streamed from 25 Twitch accounts – Regiment Gaming’s and the 24 pro-gamers in the tournament.

The American Legion’s partnership with Regiment Gaming in the gaming space is an opportunity to engage with younger veterans in a platform where they are active and find camaraderie.

Chris Earl, founder and CEO of Regiment Gaming – the largest military gaming community in America – said the success of the Veteran’s Bash Tournament makes him “excited for the future” of what The American Legion and Regiment Gaming can do for veterans in the gaming space. “It’s the beginning of a great and fruitful partnership,” said Earl, a U.S. Marine veteran who started Regiment Gaming to unite veterans and servicemembers through the power of video games to help combat veteran suicide.

The tournament provided 48 veterans and servicemembers an opportunity to play Call of Duty Warzone with celebrity pro-gamers and compete for a cash prize of $6,000. There were 24 teams, each with a pro-gamer captain and two veterans. The top three teams and the tournament’s MVP won prize money, with $3,000 going to the winning team whose captain is one of the top Call of Duty players with nearly 700,000 Twitter followers at @aydan.

Earl said feedback from the Veteran’s Bash Tournament players was all positive. “Everyone said it was the smoothest tournament they played in, and they loved the opportunity to be able to play with the big names in the gaming industry. Tournament-wise, like production, getting everything together on the backend, was probably the smoothest Call of Duty Warzone tournament I’ve ever seen. It was a really smooth tournament.”