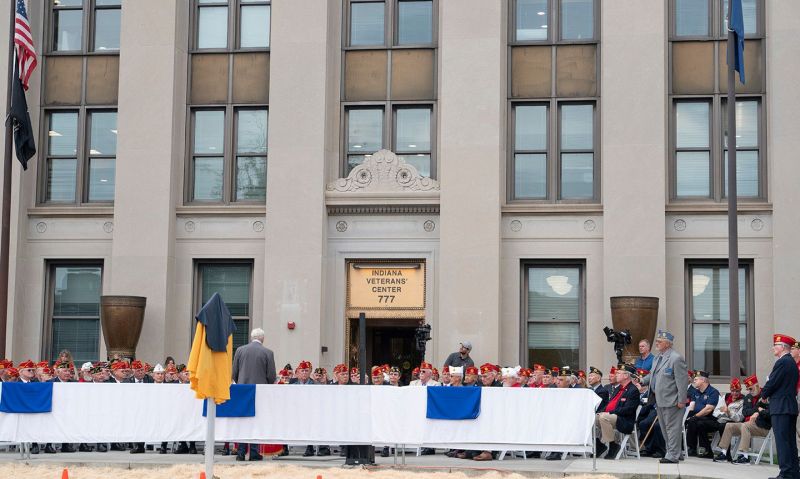 Members of the National Executive Committee watch the unveiling of a historical marker at the at the Indiana Veterans Center, the original headquarters of The American Legion in Indianapolis on Wednesday, Oct. 6, 2021. Photo by Ben Mikesell/The American Legion

The Indiana Department of Veterans Affairs (IDVA) plans a March 1 ribbon-cutting ceremony and guided tours of the newly renovated Indiana Veterans Center at 777 N. Meridian Street in Indianapolis. The historic structure was the first permanent American Legion National Headquarters. The ceremony is set to begin at 2 p.m.

State legislators, members of the media and the public are invited to attend.

With multiple federal, state, city and nonprofit veterans service agencies under one roof, the Indiana Veterans Center provides a one-of-a-kind facility servicing the needs of the Indiana veteran community.

During the tours, attendees will learn about the major transformation the building underwent before it could serve as the Indiana Veterans Center. While the historic look has been preserved, new features include Americans with Disabilities Act-compliant ramps, new elevators, improved technology and individual workspaces that can be leased for designated periods of time.