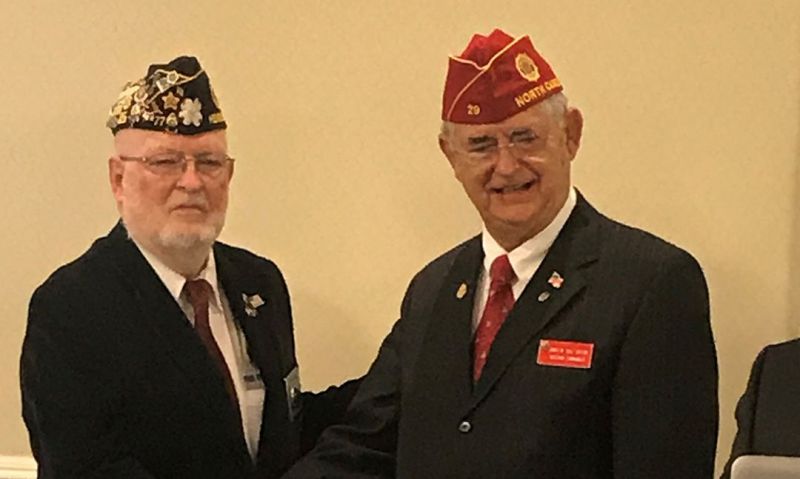 For five decades, Legionnaire Robert G. Scruggs has given his time helping fellow veterans seeking care through the Department of Veterans Affairs. It was seeing his father, a Battle of the Bulge survivor who went on to work for VA, and other relatives that inspired Scruggs to volunteer as often as he has.

“I saw him there, saw his interactions,” said Scruggs, the 2020 VAVS Worker of the Year. “I had a couple in the family that were World War I vets that were gassed. I saw the activity they did in the community. So in my small way I’m just trying to repay by example what I saw from these folks that were part of my family.”

Scruggs, a 52-year Paid-Up-For-Life member of American Legion Post 77 in Hendersonville, N.C., was presented his award on March 9 during The American Legion’s Washington Conference in the nation’s capital. Scruggs has volunteered at the Charles George VA Medical Center in Asheville, N.C., since 1970, logging over 27,000 hours of service at the facility. Since 2000 he’s served as The American Legion VA Volunteer Service representative there.

American Legion National Commander Bill Oxford, also a North Carolina Legionnaire, presented Scruggs with the award. “The Asheville VA is always one of the top-ranked hospitals in the VA system, and it’s because of folks like Bob Scruggs,” said Oxford.

The VAVS Worker of the Year Award is presented annually during the Veterans Affairs & Rehabilitation Commission meeting during the Washington Conference. “He is held in high esteem for his hard work, dedication and genuine concern he conveys to all his fellow veterans,” said National VA&R Commission Chairman Ralph Bozella said of Scruggs.