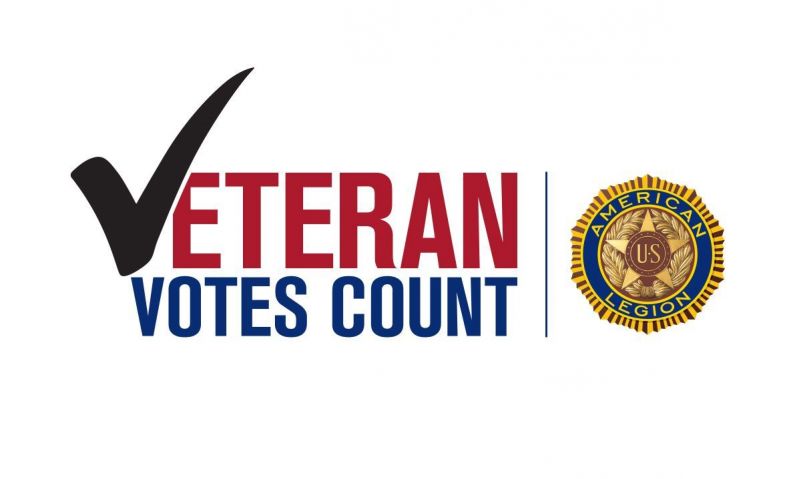 American Legion posts are encouraged once again to take an active, nonpartisan role in local “Get Out the Vote” efforts heading into the Nov. 3 general election. The national “Vote America” document, available at legion.org/vote, boldly states:

In simple terms, keep in mind this rule of thumb: “Get Out the Vote activities in an American Legion post must be nonpartisan, which simply means the post cannot show or state a preference for or against a particular candidate or candidates, or a particular political party.”

As a federally chartered 501(c)(19) veterans organization, The American Legion and its posts must abide by legal requirements. According to the national “Vote America” guidance, posts can and are encouraged to:

- Conduct voter registration and nonpartisan Get Out the Vote campaigns.

- Educate the public on issues and encourage participation in the political process.

- Educate all candidates and political parties on your posts’ and Legion issues.

- Host or participate in a nonpartisan candidate forum.

- Work on behalf of any germane ballot measures.

- Continue your normal lobbying on issues.

Posts are not, according to The American Legion Constitution and IRS rules for 501 (c) (19) organizations, allowed to:

- Endorse or oppose a candidate for public office.

- Coordinate activities with a candidate.

- Make contributions (money, time or facilities) to a candidate.

American Legion National Commander James W. “Bill” Oxford urges Legionnaires to wear face coverings when assisting veterans in person or conducting post events and abide by local directives to maintain social distance where they apply, due to the COVID-19 pandemic. “Veteran Votes Count,”an American Legion initiative, encourages members of the organization and their families to act on their hard-won democratic rights and fully participate in the general election Nov. 3.

Save
Tags: Get Out The Vote