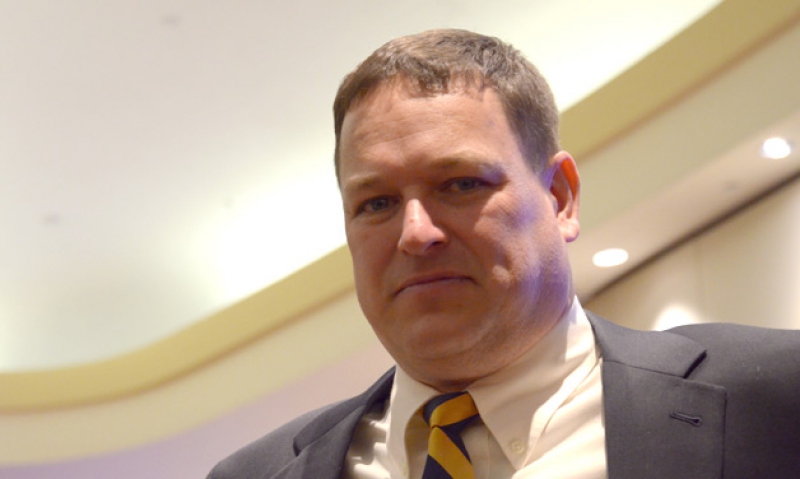 Maj. Michael J. Chagaris emphasizes that he didn’t do it to save humanity. The Fort Bragg company commander and registered nurse makes it clear that his four-year campaign to find the cause of and cure for Gulf War Syndrome (GWS) – also known as Gulf War Illness (GWI) – was driven by a desire to rid himself of the chronic fatigue, weakness, pain and distress that had plagued him since he finished an evening meal in Iraq back in 2007.

Now, however, Chagaris wants the world to know what he calls his “incredible team” of health-care professionals have learned about one of the most baffling diseases to have ever plagued soldiers and veterans. “Considering how I felt for just a few years, it is unimaginable to what some have been going through for, maybe, 20 years. I want them to know about this," he said.

“This”, as it happens, is Immunoglobulin M and Immunoglobulin G Seronegative Q Fever, a variant of a disease so common in the Middle East that is passes through native children largely unnoticed with fewer symptoms, if any, than those exhibited in American kids polka dotted with measles or chicken pox. Q Fever in a western adult, most especially certain military veterans, is a different matter, however. For them, the consequences of infection can cause a lifetime of serious sickness and suffering for which there has been no cure.

Chagaris presented his findings to attendees of The American Legion Washington Conference on Feb. 25. His talk and accompanying slide show was necessarily brief and greatly simplified, but boils down basically to this: GWI or GWS, at least in Chagaris’ case, is caused by a bacterium called Coxiella Burnetii. This germ proliferates in the waste and birth products, such as the placenta, of animals that commonly share space, including living quarters, with people in areas of Southwest Asia such as Iraq and Afghanistan. The bacterium is extremely hardy and can survive in the soil for weeks, months, even years. It contaminates clothing, water and food and is so powerful that the invasion of even one bacterium can cause illness. It is stealthy and hides inside the infected person’s cells, thus evading detection and resisting treatment.

In Chagaris’ case, the infection apparently came via a meal in Iraq. In fact, the Army soldier at first suspected he’d suffered food poisoning or had simply eaten something that didn’t agree with him. But, his symptoms didn’t go away after a couple of days, or even a couple of weeks. In time, he experienced – as he lists on a PowerPoint slide -- weakness, fatigue, joint pain , difficulty sleeping, gastrointestinal distress, vision disturbance, skin rash, swelling of spleen and liver, low blood platelet count (causing internal bleeding), leg pain and memory problems.

Over the years, some of these symptoms would come and go, Chagaris said, but the weakness and fatigue were constant. Assembled, this collection of GWI and GWS symptoms affect as many as a quarter of a million military veterans and have been reported by deployed troops today.

As thousands have, Chagaris sought medical help. At first, no effective treatment was offered because health-care professionals simply did not know the cause of his distress. Predictably, and commonly, a couple of doctors came to the conclusion that Chagaris’ problems were in his head. “But,” he says, “I knew that a psychosomatic illness couldn’t make by liver and spleen swell.”

Doggedly, Chagaris pursued the disease, building a small network of health-care professionals who, through aggressive research, determination and an extraordinary bit of luck, tracked down the bad guy germ and -- equally importantly – the fact that military personnel’s common exposure to certain chemicals such as Pyridostygmine Bromide (a nerve agent antidote), Permethrin (an insecticide), DEET (the insect repellent) and JP-8 fuel made bad matters worse, causing the disease to remain undetectable and, thus, resistant to treatment.

In the end, Chagaris and his team, including a “fantastic” practitioner at the VA medical center in Durham, N.C., and a “terrifically talented” private physician in Alexandria, La., unraveled the mystery, identifying the mysterious culprit as Q Fever. Accordingly, in January 2011, Chagaris began following the Centers for Disease Control protocol for the disease and began an 18-month course of two antibiotics taken in tandem.  Relief came quickly, and he has remained disease free since.

Chagaris is now campaigning to “get the word out” about his experience and the findings of his medical team. He strongly encourages Gulf War and OIF/OEF veterans suffering from long-term, unexplained, multi-symptom illness to “have a conversation with your doctor about this” and health-care professionals to read his peer-reviewed medical paper on the subject. It was published last year in the Journal of Special Operations Medicine and it titled: “Chagaris, M.J., Smith, R.C., Goldstein, A.L. (2012), Immunoglobulin M and Immunoglobulin G Seronegative Q Fever: A Hypothesis for Veterans’ Medically Unexplained Chronic Multi-symptom Illnesses. Journal of Special Operations Medicine.”

Last August, Chagaris made his presentation to the Department of Defense Medical Health System Research Symposium. To date, no medical experts have found fault with the findings. “In science,” says the again-healthy soldier, “the absence of disproof is proof.”