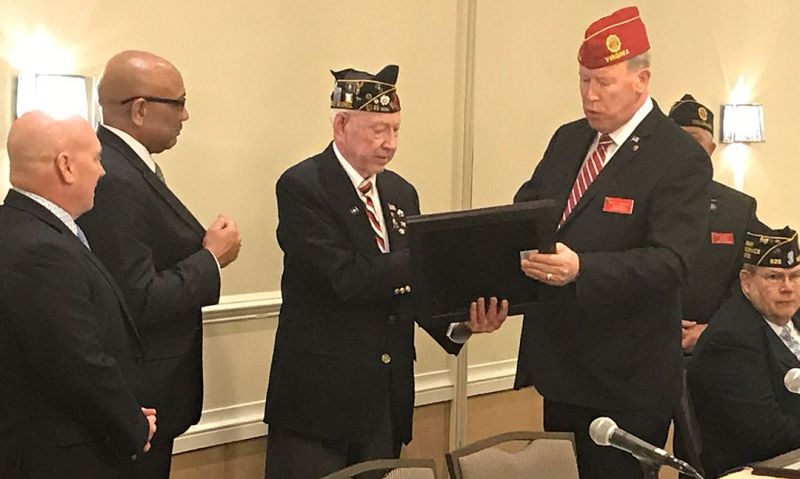 A Virginia Legionnaire has been named the Legion’s VAVS Worker of the Year for his volunteer efforts at the Washington DC VA Medical Center (VAMC).

Roscoe Eagle, a Paid-Up-For-Life member of General Billy Mitchell Post 85 in Arlington, was honored for his work in the Department of Veterans Affairs’ Voluntary Service program.

“I’ve been a Legionnaire for 37 years, and in those 37 years I have known (Eagle) probably the majority of that time,” Reistad said. “He is one of the most active VA&R representatives we have in the (Department of Virginia’s 17th District). I have known Roscoe to be a dedicated volunteer who is ever-present at the Washington DC VAMC along with Edna, his wife. I could not think of a better person to receive this award.”

Eagle said that while he is “slowing down,” he still enjoys being a volunteer. “I’ve been a volunteer for approximately 25 years at the VA hospital here in Washington, D.C., and I intend to do it for a while longer,” he said. “Although age is getting on me … you just have to take it as it comes.”