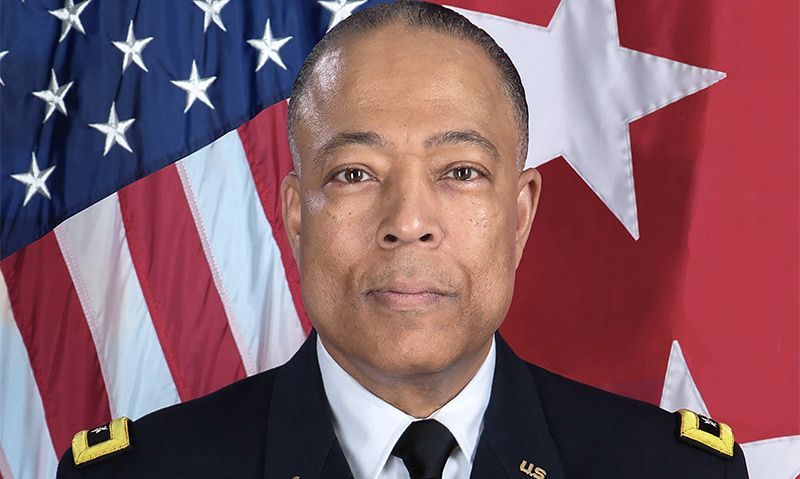 More than 170 Legionnaires gathered virtually on the first day of The American Legion’s annual Washington Conference for the National Security Commission meeting.

National Security Commission Chairman Steve Brennan of Maryland opened the meeting by acknowledging the difficulties of not being able to convene in-person this year.

“This year is definitely a challenge because of the restrictions COVID brought upon us,” he said. “Despite this being virtual, please understand this is equally important. The speakers we bring to this conference are always important to our work and our national resolutions, which steer what our Washington office does with the legislative and executive branches of our government. This year is no different.”

“We’ve had some of the most challenging times in my coming on 40 years of being in the National Guard,” Walker told the Legionnaires. “But I'm especially proud to have had approximately 26,700 Guardsmen come to the nation's capital to help ensure the peaceful transition of presidential power on Jan. 20. I could not be prouder of the men and women of the National Guard of the District of Columbia.”

Around 5,200 Guardsmen remain on duty in the Capitol to provide security and ensure members of Congress and their staffs are safe. Task Force Capitol Response includes the Capitol complex, House, Senate, Supreme Court and the Library of Congress. This area within Washington, D.C. remains fenced off to the public and augmented by the National Guardsmen who are supporting the U.S. Capitol Police, Walker said. This mission is scheduled to end on March 12.

“We’re a community-based organization,” Walker said. “We have a dual mission to fight and win America's wars along with our active-duty counterparts, and also to be that first military response to homeland security and disasters.”

Their next mission, he added, will be supporting Operation Warp Speed — President Biden’s initiative to get Americans vaccinated against the novel coronavirus.

Dean opened by thanking National Guard members for their response to the Jan. 6 attack. “It was just a tremendous effort and tremendous Americans coming together to protect the Capitol.”

The SPP connects a state’s National Guard component with an equivalent partner in a different country. These arrangements have built mutually beneficial relationships around the globe and now include 89 allied nations.

“What we do, is we team up with other countries to provide lasting and enduring relationships that further strategic objectives of the United States,” he said during his presentation. “The Department of Defense supports and executes the security cooperation programs, that's a state partnership program on a geographical combatant command.”

The program began after the fall of the Soviet Union in order to assist Eastern European countries and currently has a growth rate of about two countries per year.

“The vision at the time was to create as pertain to strategic alignment using a small footprint and non-intimidating engagements to build relationships, to facilitate access to infrastructure, information and leadership.”

Countries must apply in order to become a state partner.

One of the biggest regions for partnership growth has been in Africa. The D.C. National Guard has an SPP with Burkina Faso. This SPP supports United States Africa Command’s (AFRICOM) mission in the region in terms of peacekeeping and defense institution building. The Office of the Secretary of Defense initially approved the partnership in 2017 and it was signed into agreement in Burkina Faso in February 2019. In Fiscal Year 2019, the D.C. National Guard completed five engagements with the country. Their focus areas included medical and logistics sustainment, military intelligence, rule of law and family support.

“We talked about our institution building, readiness and peacekeeping,” said Dean. “What we wanted to do was allow them to support themselves as they combatted terrorism along their northern and western border. So we wanted to enhance their capability to do that.

“But what we found with Burkina Faso is that they were hesitant to engage outside of cities because they didn't have the medical infrastructure to actually treat patients in that golden hour,” he continued. “So what we did was we expanded their medical knowledge and capability on certain methods that they could use to expand that golden hour, to give them confidence, to go outside their city, to discourage terrorists and other groups that are anti-government from going into the cities on the outskirts of their major cities and disrupting government operations.”

One of the biggest values of the SPP is being able to make a call and learn what’s going on in a particular country.

“You build these enduring relationships,” Dean said. “So when there's something that we need to do together, we're not exchanging business cards. And when something happens, we know each other, we make phone calls, we assist each other and we can move along with enhancing each other's capabilities.”