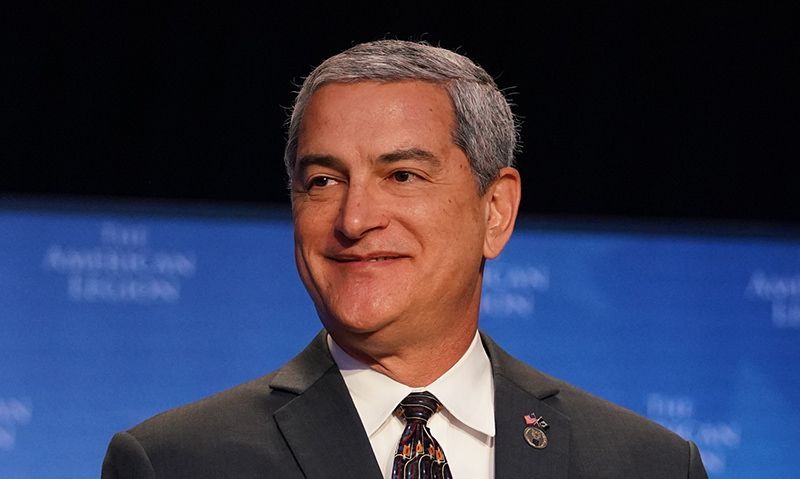 The efforts to bring home men and women missing in action are a sacred obligation, according to Defense POW/MIA Accounting Agency (DPAA) Director Kelly McKeague.

“This mission serves as a marker for those currently in uniform today that their nation will never forget them should they go missing,” McKeague told the National Security Commission at The American Legion’s annual Washington Conference on March 1. He updated Legionnaires on his agency’s progress and the impact the ongoing COVID-19 pandemic has had on their efforts.

Nearly 82,000 U.S. servicemembers are still considered to be missing in action, according to the DPAA, whose mission it is to provide the fullest possible accounting for the missing U.S. servicemembers. They are searching for missing personnel from World War II, the Korean War, the Vietnam War, the Cold War, the Gulf Wars, and other recent conflicts. Their efforts include coordination with hundreds of countries and municipalities around the world.

“The COVID-19 pandemic has greatly impacted DPAA across all areas from the outset,” he said.

“We brought multiple teams home who were deployed, we maximized our telework in our eight locations, and we've adjusted our work schedules to optimize access to our laboratory.”

The agency’s efforts to protect their employees paid off — out of 725 personnel, only 23 have tested positive for COVID-19 and all have recovered.

“Despite having had to cancel or postpone numerous missions last year, it was important for us to build an ambitious operations plan for this fiscal year,” McKeague said. “Not knowing where COVID would take us, most of these missions were either postponed or canceled since October to today.”

Many of the cancellations occurred due to partner nations restricting entry.

“For us, it's important that we are at the ready to resume operations whenever and wherever COVID restrictions allow,” he added.

Despite these obstacles, efforts to recover and repatriate the remains of U.S. servicemembers have pressed on. In Vietnam, three U.S.-trained recovery teams agreed to conduct three consecutive missions when DPAA staff members were not permitted to travel.

“With over six months of canceled Vietnam missions, there were nine recoveries, nine excavations that were accomplished by these Vietnamese teams,” McKeague said, expressing his gratitude for the Vietnamese government. Another team has been able to travel to Cambodia and after completing a 14-day quarantine, they began operations two weeks ago. Additionally, six teams deployed last week to Vietnam and after quarantining and testing for COVID, they will begin their operations.

“We’re very encouraged again by countries starting to open up their borders to us and allow us entry with which to conduct this important mission,” said McKeague.

Efforts to recover the remains of 15 servicemembers whose deaths span four different wars have been progressing with China. A virtual conference held in January with the Chinese Army archival department showed promise.

“Despite the challenges that we do have with China, from a strategic perspective, we are able to discuss these 15 cases,” he said. “We also talked about the potential for a joint investigation with our Chinese counterparts.”

Most notably, is the completion of DPAA’s most successful disinterment project. In 2015, the mission began to disinter and identify the 388 unknowns from the USS Oklahoma, which sank on Dec. 7, 1941, during the attack on Pearl Harbor.

“I'm pleased to report that as of today, we have identified and returned to their families, 313 of these sailors and Marines. For these families — not knowing for over 70 years where their loved one was — these 313 families now have answers.”

The American Legion has long advocated for the return of remains from the Korean Peninsula and is dedicated to a full accounting of U.S. military classified as missing in action or prisoners of war. About 5,300 of the 7,600 of those missing from the Korean War are believed to be in North Korean territory. Unfortunately, following the largest single turnover of remains in 2018 and the first since 2007, communication with North Korea has ceased. Of the 55 cases of remains repatriated in 2018, 70 sets of remains of U.S. servicemembers have been identified and the U.S. returned the remains of 80 additional people to our South Korean partners.

“Please let me say thank you to the Legion for your steadfast support to our MIAs,” said McKeague. “You continue to have the impact and your engagements with members of Congress and advocating the POW/MIA mission to Congress has made a difference.”

The American Legion’s advocacy has paid off, he said. This year, Congress award DPAA an additional $25 million in funding, which McKeague said goes toward increasing operations, both in the field and in the laboratory.

“You all know that when America sent its sons and daughters off to combat, we have that moral imperative, that sacred obligation to do everything we can to bring them home, to ensure they do come home.”