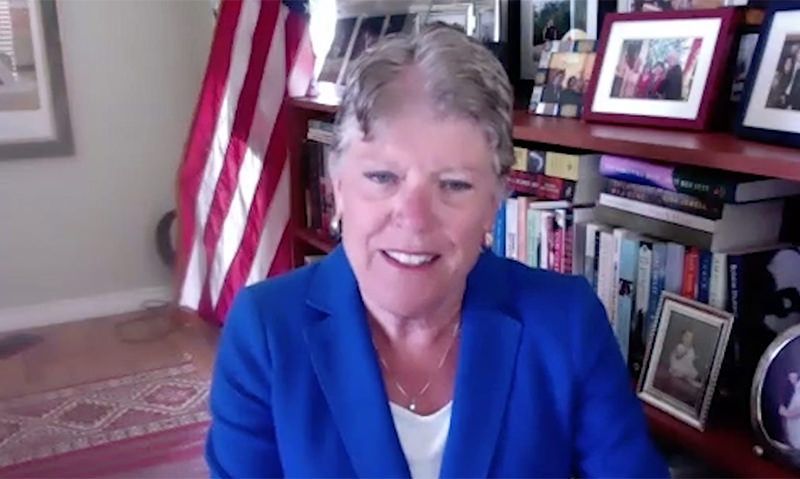 VA Secretary Denis McDonough accepted the American Legion Health Care Worker of the Year and the Physician of the Year on behalf all VA health-care workers and physicians.

During The American Legion’s virtual Washington Conference, National Commander Bill Oxford announced the winners of the 2020 Distinguished Public Service Award, and the 2020 Health Care Providers and Physicians of the Year.

Oxford congratulated the winners in a video address, which was followed by acceptance speeches on video from the recipients.

Julia Brownley, a staunch advocate for veterans since her election to Congress in 2012, is the recipient of The American Legion Distinguished Public Service Award. The award is given annually to an elected official with an outstanding record in support of principles advanced by The American Legion. View her acceptance video at this link.

“Rep. Brownley immediately began serving on the House Committee on Veterans Affairs and is the founder and chairwoman of the Committee’s Women Veterans Task Force,” Oxford said. “Among her notable achievements is her recent leadership on Capitol Hill to get the provisions of the Deborah Sampson Act signed into law.”

“This year, The American Legion is honored to recognize all VA health-care workers and physicians for their daily selfless acts of courage while caring for our nation’s veterans during the COVID-19 pandemic,” Oxford said. “For the past year we have marveled at the dedication, devotion and determination of our nation’s health-care workers and physicians. Throughout the pandemic, they have tended to, comforted and healed those battling the coronavirus.

“Doctors, nurses and other health-care workers have answered the call of duty for more than a year against this deadly enemy. They have demonstrated courage. They have learned new techniques and equipment in real time. They have made a difference in the lives of millions of Americans.”

VA Secretary Denis McDonough accepted the award on behalf of the recipients. View his acceptance video at this link.