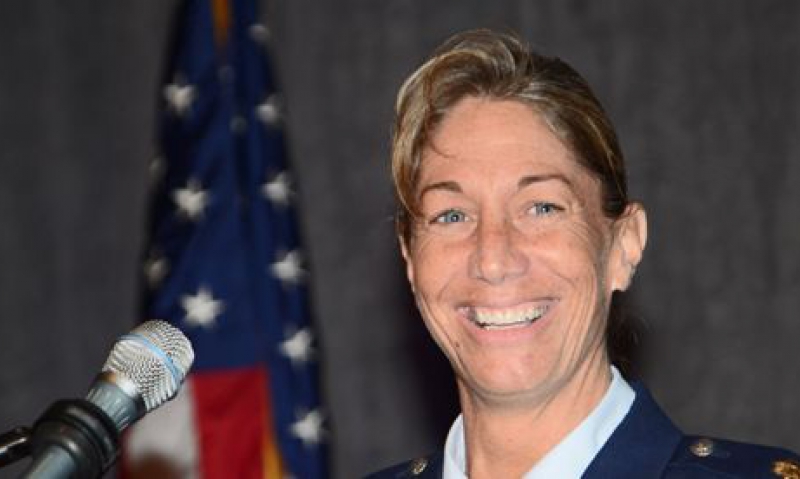 A renowned Air Force officer shared her experiences in modern warfare with more than 700 veterans during the American Legion’s Washington Conference in the nation’s capital on March 22.

Maj. Allison Black, the first female AC-130H Spectre navigator to open fire in combat operations and the first female Air Force Combat Action Medal recipient, gave an account of how she earned the moniker, “The Angel of Death,” in support of Operation Enduring Freedom.

A former survival, evasion resistance and escape instructor at Fairchild Air Force Base, Wash., Major Black had only a call sign, a radio frequency and a longitude and latitude upon which to rely during the daunting task of helping the Northern Alliance get a stronghold on the territory.

“The AC-130 gunship is designed to put bullets where bombs can’t go,” Black said. “It also uses a high-powered laser pointer that assists with target identification.”

As the AC-130 crew unloaded 400 40-millimeter rounds and 100 105-millimeter rounds onto the enemy in the targeted area, a northern alliance general working with a U.S. team on the ground saw the gunship’s infrared laser and asked the team, “Is that a death ray?”

Ground team members replied, “As a matter of fact it is.”

The general called the enemy by radio and said tauntingly that American women were there to thwart Al Qaeda, adding, “The ‘Angel of Death’ is reigning destruction, so surrender now.”

Not only did the insurgents quickly succumb, but the general later used the success of that mission as a teaching point to Afghan women during a ceremony.

“Look what America allows their women to do,” the general said. “One day our country will have similar freedoms.”

Air Force women serve in combat in Iraq and Afghanistan alongside their male peers in a range of combat aviation roles. It’s a direct contrast to the common misperception that women aren’t in the fight.

“Although the enemy doesn’t think that women are supposed to be there,” Black said, “they shot at us anyway.”

Black is a senior navigator with more than 1,500 flying hours. She has flown more than 540 combat hours during Operation Enduring Freedom.