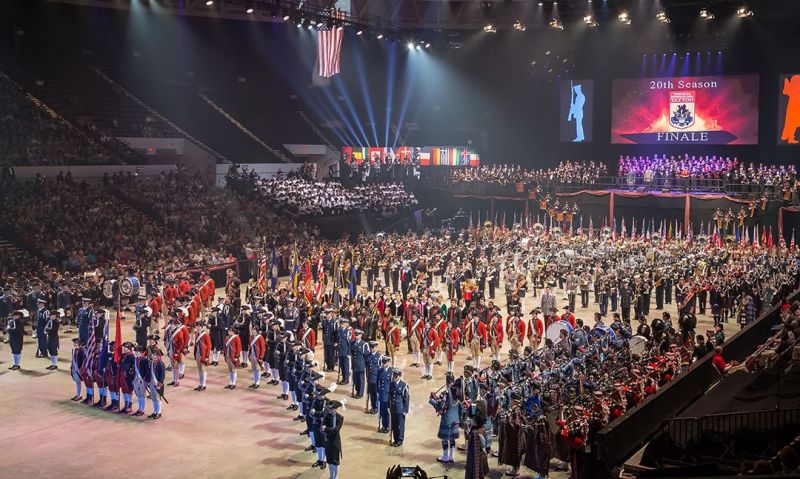 The Virginia International Tattoo – a world-class event in Norfolk that that draws in more than 45,000 people to honor America’s military, patriotism and freedom through music, marching, pageantry, panel discussions and more – will have two distinguished American Legion women at this year’s celebration.

American Legion Past National Commander Denise Rohan and American Legion 100th Anniversary Honorary Committee member Diane Carlson Evans, a Vietnam War combat nurse, will be present at the Tattoo, which has “Celebrating Women in Service to the Nation” as its theme this year.

The 23rd annual Virginia International Tattoo will be held at the Scope Arena in Norfolk, Va., April 25-28. Rohan and Evans will participate in the Courage, Commitment and Leadership Forum: Extraordinary Women of the U.S. Military on Friday, April 26, from 1:30-3 p.m. inside the Scope Arena. The event is free and open to the public.

Rohan and Evans also will be recognized and honored during the Tattoo Finale later that evening, which will feature a performance of the late American composer Aaron Copland’s “The Promise of Living” by more than 400 instruments and singers. Last year, the Tattoo honored Medal of Honor recipients of which eight attended the grand finale. Watch it here.

The Virginia International Tattoo began in 1997, and is the signature event of the Virginia Arts Festival with over 1,000 performers from around the world. The attraction draws in people from over 45 states and more than eight nations to watch “the largest spectacle of music and might in the United States,” with a display of military music, massed pipes and drums, drill teams, heavy athletics, colorful dances, and much more.

The origins of "tattoo" stems from 17th and 18th-century Dutch innkeepers who would cry “Doe den tap toe!,” “Turn off the taps!,” as the fifes and drums of the local regiment signaled soldiers to return to their barracks for the evening. Today the word “tattoo” refers to a ceremonial performance of military music by massed bands.

The American Legion will display its four-panel “100 Years for God and Country” chronology exhibit at the festival where hundreds of other exhibitors and vendors will be present. For more information on the 2019 Virginia International Tattoo and how to attend, please visit www.vafest.org/tattoo/.