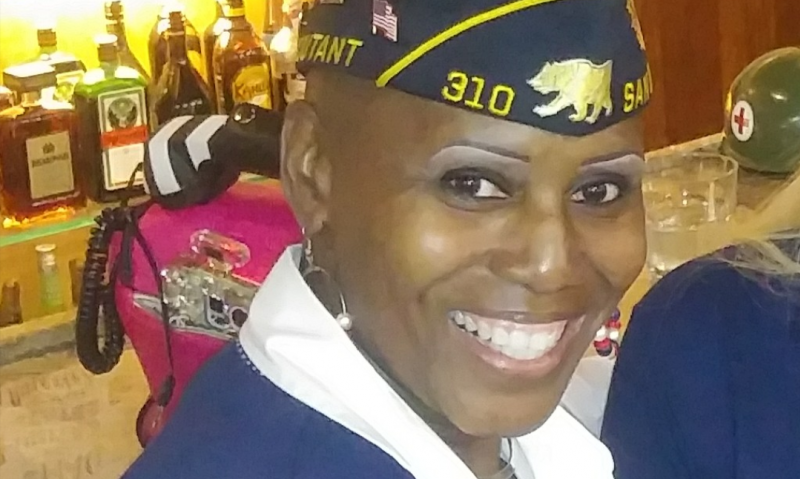 At a time when racial unrest is likely at its highest level since the civil rights movement, Legionnaire India WilliamsGreen believes that with the right training and focus, veteran service organizations can be a catalyst in changing race relations in the United States.

WilliamsGreen, a 51-year-old U.S. Navy veteran and the outgoing adjutant of Dennis T. Williams Post 310 in San Diego, said racism was an ongoing issue during her nearly 18 years in the military. And though she’s seen examples of it in the veteran community, she feels those who once served the nation can now serve as examples of how to improve the racial climate of that same nation – with focused efforts toward understanding diversity and inclusion.

“What I believe that needs to happen is training. I call it melting pot training,” she said. “It may sound a little odd, but the U.S. is referred to as the melting pot. I believe that it’s a must that type of training is implemented, maybe three times a year, just like we did in the military – you train, you train, you train until it’s in your head. I believe that within the veteran community, that training … even if it’s monthly … every post needs to do this training, sign off on it and then submit it. That’s a must.

“But I do believe it can happen. Veterans organizations can be the one to make that happen effectively and aggressively because there are so many veterans that want to do the good cause.”

But while she believes diversity training on a widespread level is critical, WilliamsGreen also wants to implement change on an individual level. She said she’s been involved in conversations that have abruptly taken a racist tone. “While I know it’s not intended for me, when I think about it – ‘hey, when I’m black and you’re talking about it, that includes me. If I was Asian and you were talking about it, then that would include me,’” she said.

WilliamsGreen said she’s also warned friends against posting what can be considered racist thoughts or images on social media while identifying as a member of The American Legion. “I’m a part of an organization,” she said. “Even Facebook, yes, it’s my page. I can say what I want. I had Facebook before I joined the Legion. I’ve still got to wear this, though. If I say I’m a veteran and I’m part of this organization, I represent an entity.”

That entity and other veteran service organizations, WilliamsGreen said, ask a higher standard of its members. “Our bar is supposed to be set higher, because we did serve,” he said. “We know what active duty is like. We know what being a veteran is like. I learned that The American Legion is bigger than any post level. That is why I fell in love with The American Legion.”

WilliamsGreen also has taken notice of the movement surrounding the murder of Army Spc. Vanessa Guillén, and the alleged events leading up to it. She herself is a victim of sexual assault and a witness and victim to sexual harassment while serving in the Navy,

But when it came to being harassed in the Navy, WilliamsGreen said she may have handled things a bit differently than other women. She joined the military in 1995 to escape the gang life she’d become involved with living in South Central Los Angeles. “I grew up in the hood,” she said. “I’m from the streets.”

Coming from that background, WilliamsGreen said she wasn’t going to be intimidated by sexual harassment. “I’ve always had a strong backbone, and I’m very blunt. I voiced out these things,” she said. “There were repercussions at times. And then I just got to a point where I told myself one or two things is going to happen: Either I’m going to be leaving this particular command, or they’re going to be leaving.

“Or I would do something to put me in a situation, like I volunteered for base security, which was working gate guard to give me some month away from that particular situation. So I became very crafty, too, because I wanted to be in the military.”

WilliamsGreen said she found other ways to deal with harassment. “I learned that if I make rank, I have a better stand for myself,” she said. “I was able to start engaging and speaking up to where people will listen. And I also realized that if I made friends with higher-ranking men that didn’t tolerate (harassment) and bring them on my side of the playing field, when someone did bother, I made a phone call to them and they would handle it.”

The sexual assault remains with WilliamsGreen to this day. “I have just learned to live with knowing the assault has happened,” she said. “I don’t think I’m ever going to heal from it because it still haunts me.”

While she sees the Guillen movement raising awareness about how women are sometimes treated in the military, she doesn’t see an immediate change coming because of the recent publicity the situation has received.

“I believe that it is institutional, and I don’t think there’s going to be change,” WilliamsGreen said. “(The military) is its own secret society. Somebody always knows somebody. Privacy is not upheld to the point where it should be, so somebody tells this person or their friend, and the next thing you know it’s out, it’s around. That’s why a lot of women don’t say anything at all. No. 1, they’re embarrassed that it gets out, and No. 2, that nothing’s going to happen.”

But WilliamsGreen believes change can happen if “the military can come up with a way that when (sexual assault) is reported, that No. 1, it’s taken seriously. Because all reports ought to be taken seriously until proven otherwise. And No. 2, there has to be some sort of action, meaning investigation.

“I had females coming to me because they realized I was going to say something. I turned in reports … and I stood by that female. I saw stuff fall at the wayside. I had to go around, just do other things and put my career on the line to get something for this female. Which is sad.”

At the end of the day, WilliamsGreen said all Americans – regardless of sex, race, religion or any other differences – have one important similarity. “If you cut each and every one of us, we all are going to bleed the same color,” she said. “So how is discrimination so prevalent like that? It’s all red blood, no matter what.”