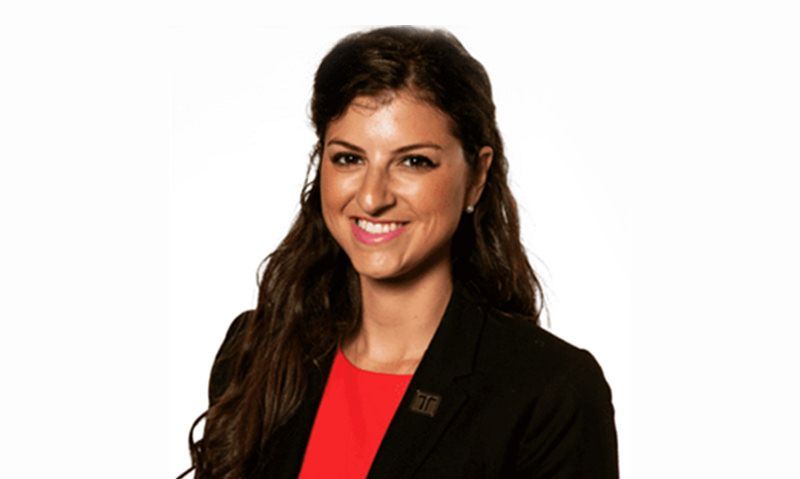 When Andrea N. Goldstein was asked to define “equity” when it comes to women veterans using the Department of Veterans Affairs (VA) health-care system, she spoke from experience.

An intelligence officer in the U.S. Navy from 2009 to 2016, and currently serving as a lieutenant commander in the Navy’s Selected Reserve, Goldstein now is the Senior Policy Advisor for the House Committee on Veterans’ Affairs Women Veterans Task Force. The task force is charged with advancing equity in provision of access to resources, benefits, and healthcare for women veterans.

Goldstein also uses VA for her health care, which she noted in her response. “A great example of one of the challenges that we’re working with VA to address is the issue of sexual harassment in VA facilities,” she said during a breakout session of the Veterans Affairs and Rehabilitation Commission’s virtual Washington Conference meeting. “There’s an inherent challenge in that for a lot of veterans … particularly older male veterans, congregating in VA while in between appointments is a great way to hang out with buddies. That is a protective factor for mental health.

“But to women, walking into a facility that is very male-dominated can be very, very overwhelming. I use VA. I’ve certainly had that experience. So achieving equity for both would be how do you create a space where veterans who want to congregate and hang out with their friends can do so, while also creating a space that feels safe and protective for women veterans as well.”

A member of American Legion Post 184 in Hudson, N.Y., Goldstein went on to explain more about the goal of achieving equity for women veterans. “Equity and equality are not the same thing. Equality means everyone is getting the same product,” she said. “But in this particular context, the VA was built for men. Equity is about identifying the different needs of women veterans, and that also includes the women veterans’ population is incredibly diverse. It is 45 percent women of color. It is approximately 30 percent black.

“So equity in this context means ensuring that we are serving the specific needs of women veterans and not merely picking a one-size-fits-all approach that may actually be specifically built for men and not work for women.”

Women are the fastest-growing cohort of veterans, Goldstein said. “Across the board, nationwide, every single (VA) facility is growing in the population of women veterans,” she said. “Very, very few are seeing a reduction. As we think about how the VA is going to grow in the health care, benefits (and) educational space, being inclusive means thinking about those different needs and seeing that the population of veterans is going to be very, very different in 10 years when we think about those demographic shifts.”

Preparing for that shift is part of the Women Veterans Task Force, which Goldstein said has a broad mandate that includes equal access to benefits, health care, economic opportunity and other federal resources, particularly related to VA. “But we also work with those who will be future veterans – currently serving members of the armed forces – to identify how we can improve their transition and identify barriers that exist for the currently serving force,” she said. “So anything that pertains to women veterans, that’s what we work on.”

Goldstein called The American Legion “a terrific partner in passing landmark legislation to support women veterans,” specifically referencing the late 2020 passage of the Deborah Sampson Act, “which is the most monumental, impactful legislation in more than a decade to serve women veterans. And we would not have been able to accomplish that without the Legion support.”

Goldstein said there was a component originally included in the Deborah Sampson Act that eventually was taken out of the bill before its passage: a provision to “substantially improve the military sexual trauma claims process and would further liberalize the burden of proof that is imposed on veterans and survivors who are already making the brave step of going through the very grueling process of applying for benefits.” Goldstein said the provision would have come closer to establishing a “form of presumption that would have likely improved the grant rate.”

The provision was removed for budgetary reasons; Goldstein said despite that, the provisions that stayed through passage “are still a big step forward.”