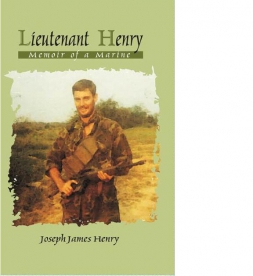 A piece of the An Hoa valley in RVN south of DANang was termed the Arizona Territory.This was a slang term for a large slice of land, 5 miles long and 10 miles wide, surrounded by mountain foothills to the SW and the Vu Gia and Thu Bon rivers tracing its northern and eastern boundaries. The terrain was open and rolling and punctuated with a matrix of small hills, tree lines, streams, hamlets and rice paddies. Before the war it produced a rich crop of rice.
I was to discover its lush fields and quaint villages were transformed into burned-out hamlets, destroyed villages and rice paddies porous with craters large enough to launch a community swim in. I also learned each geographic area inhabited by the 5th Marine Regiment had its own set of descriptors. Antenna, Happy and Elephant were valleys feeding into the 5th Marines tactical areas of responsibility. Charlie Ridge and Goi Noi Island were also terms I would become uncomfortably familiar with in the months ahead.
The chopper landed on a barren hill, kicking up enormous amounts of dust as it touched down to deliver red bags of mail, cases of C-rats, ammo and several steel containers of hot food. I, along with several others departed with the supplies. We had landed in an area of Arizona called the Razorback, located in the NW part of the territory. The piece of land was a long sharp-ridged high ground that stretched about a click lengthwise with several uneven dips, the narrowest portions only being a few meters across. It was appropriately labeled.
Delta Company had been dispatched several days earlier from Battalion to move north several clicks (click is a 1000 meters) to set up a blocking position on this high ground to disrupt the enemies' rice gathering activities,denying vital supply and infiltration routes to the north, central and east.The overall operation was unofficially tagged "rice denial", a rather mundane term for an operation compared to others I had heard.
Over the past several years the southern end of the 1st Marine Divisions TAOR was a hot bed of operations. Marines had been engaged in actions with names like Tuscaloosa, Dodge City, Union and Union II, Taylor Common, Pipestone Canyon, and Goi Noi Island, to name a few. Many of my brethren had left life early during these heroic but horrific movements.
"Rice denial, how could anyone harvest crop in this flooded and bombed-out shithole?" I thought as I observed the surrounding paddies on the way to the Company Command Post (CP). Soon I learned tucked away unnoticed were thriving rice operations and markets our enemy depended upon for survival.
The CP consisted of several elevated ponchos spread out and propped up to block the beating sun and protect our radio equipment and supplies from unexpected rain. Upon arrival, I found the Company Commander.
1st Lieutenant J.R. Webb's physical appearance was deceiving. I was greeted by a short, bush-lean and intense no-nonsense Marine.

Joe Henry grew up the 2nd of 10 children in Seattle, WA. After graduating from Western Washington University, he entered the Officer Training Program for the Marine Corps. Trained as a Reconnaissance Officer, he found himself in Vietnam as a Platoon Commander. In 1972 Joe left the military and enjoyed a successful career in the oil industry. In 1990 he changed careers and taught at the middle school level for 17 years. Joe now retired lives with his wife of 36 years. He has 4 adult children.