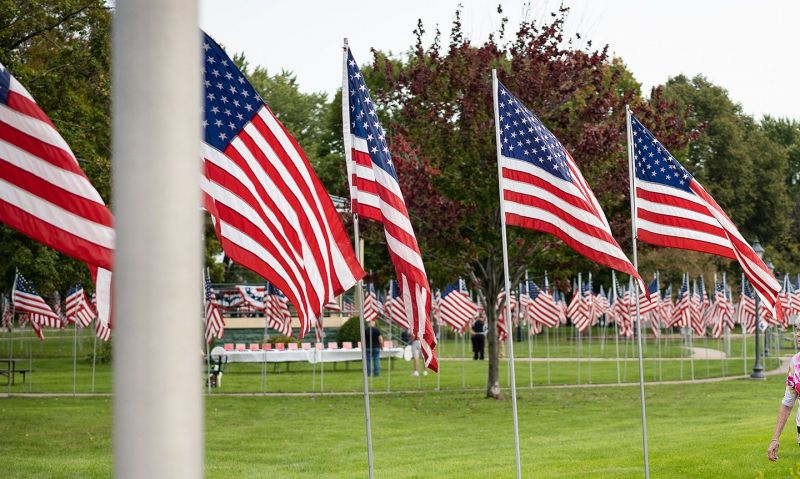 The American Legion has recognized the month of February as Americanism Month since 1960, following the passing of Resolution No. 163 at the national convention in Miami Beach, Fla.

We have also encouraged people to share their flag moment. For example, 16-year-old Valen Younger of Redondo Beach, Calif., and his family purchased a new U.S. flag to replace their torn and tattered one. He and his father, a retired Air Force veteran and Legionnaire, had the idea to collect unserviceable flags for proper disposal. Valen made a flyer and he, his 12-year-old brother and 9-year-old sister, distributed it to about 30 of their neighbors asking if they had an American flag they needed to properly dispose of. Valen and his siblings collected a handful of flags. They took the flags to the fire station and placed them in the flag drop off box.

“Knowing that these ‘Old Glories’ will be properly taken care of and won’t be thrown in the trash is a great feeling!” Younger said.

Read submissions from people about their flag moment at legion.org/flag.

Tell us about your pride for the symbol of unity and freedom by sharing your story with photo at legiontown.org under the category “Rally Around the Flag.”