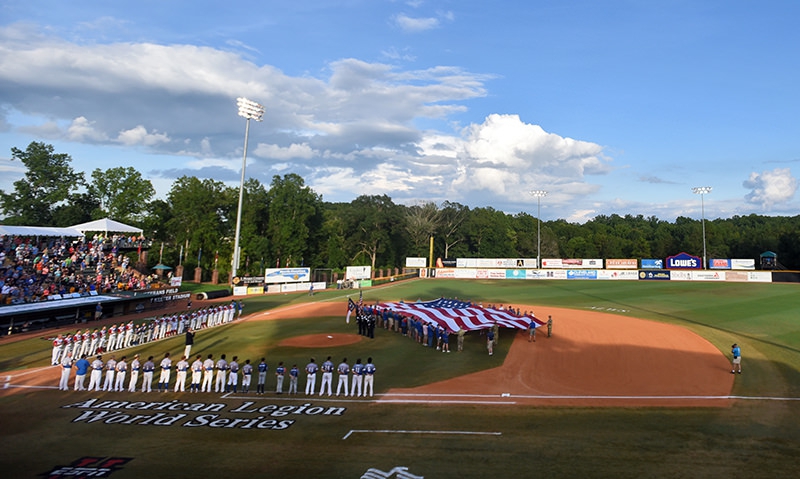 Listed below are some of the major rule changes approved, all of which demonstrate American Legion Baseball’s commitment to player safety and improving the quality of play.

The 2018 rule book will be released in January.

Gary Stone, chairman of the Baseball Committee, conducted an interview that can be found here, which goes into more detail regarding some of the decisions.

Departments will still have the option to play nine-inning games during the regular season, however, beginning at the state tournament and all the way through the American Legion World Series, games will be seven innings. This proposal passed with overwhelming support of the department baseball chairmen and the Baseball Committee.

“Almost every high school and Legion program plays seven-inning games during the regular season so this change will create more consistency across the nation,” Stone said. “The identity of American Legion Baseball remains the same. We are more than the number of innings we play. American Legion Baseball is still the preeminent youth baseball program for teaching loyalty, teamwork, patriotism, sportsmanship, good health and active citizenship.”

After a tremendously successful first season with pitch count rules under the PitchSmart program, the Legion Baseball Committee, with the support of the department baseball chairmen, adjusted the pitch count chart ahead of the 2018 season to be more in line with the suggestions from Major League Baseball and USA Baseball.

Pitchers will have a daily maximum of 105 pitches per day, down from 120.

Required rest will be as follows:

Pitchers may only make two appearances in any three consecutive days. Players will be charged with two appearances if they leave the pitching position and return as a pitcher in the same game.

“The first year of PitchSmart in American Legion Baseball was a resounding success and we continue to make adjustments to improve our implementation of the program,” Stone said. “These changes, along with shortened games in tournament play, put more of a focus on player safety for our program while still letting coaches manage games effectively.”

In regular season play only, departments may have the option to allow for courtesy runners and re-entry.

Courtesy runners may be permitted for pitchers or catchers.

Departments that allow for re-entry may permit players to be substituted and return to the game once, provided the player returns to the same slot in the batting order.

Language has been removed from the rule book that required 19-year-olds to be former Legion players.

Any interested 19-year-old must now play for their previous Legion team (if applicable) or the team closest to their domicile.

After a number of requests, bids to host regional tournaments may now be one year or two years. Previously, all bids were required to be two years.