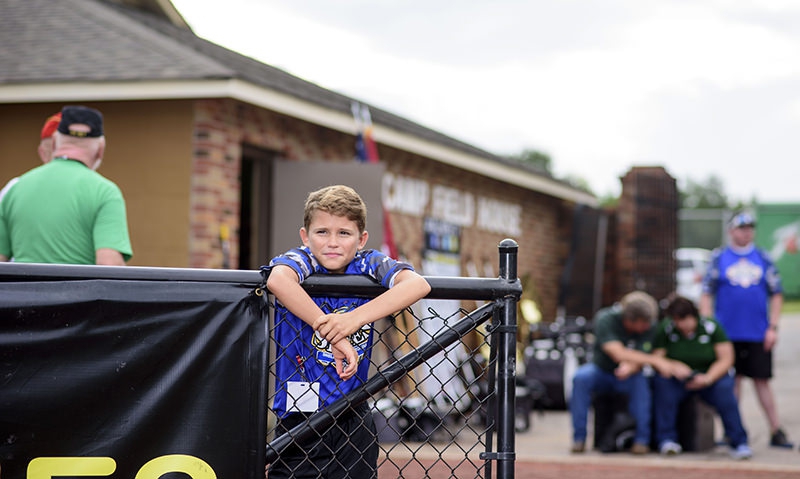 On Oct. 12, American Legion Baseball released a number of new rule changes starting with the 2018 season.

Gary Stone, chairman of the American Legion Baseball Committee, discussed these rule changes to give insight into the process of rule changes and the impact of the decisions.

Q: What is the process for rule changes?

Coaches who are interested in suggesting a rule change must go through their department baseball chairman. Typically, rule changes are only debated in odd years for implementation in even years. Pressing issues or safety concerns may be addressed at any time.

Q: What caused the change to seven-inning games for national tournament play?

Over two-thirds of our department baseball chairmen were in favor of this change, including those representing over 72 percent of our teams. Nine of our 10 largest departments, in terms of team registration, voted for the change.

I think a big part of the change is player safety. With the PitchSmart initiative in place, seven innings is the appropriate way for our program to go. Player safety is always the most important factor we consider when we make rule changes.

Q: Can you talk a bit about the PitchSmart initiative and the pitch count changes?

A: I was pleasantly surprised how well the PitchSmart initiative went this year. Coaches understand how important arm safety is and, with most high schools switching to pitch counts, most coaches were familiar with the process by the time they got to summer.

We lowered the maximum on daily pitch counts for a number of reasons. But with seven-inning games in tournament play, we feel as though this is the right decision. The overwhelming majority of our pitchers are 18 or younger, so we wanted to get more in line with the pitch count suggestions for that age group.

We also added more flexibility for coaches to use pitchers by adjusting the pitch count for days of rest.

Q: Why did the committee recommend re-entry and courtesy runners in regular season play?

A: This topic has come up almost every year and I think the momentum was finally there to approve it. Almost every baseball chairman supported this change in regular season play. Some states will choose not to enact this for their regular seasons, but it is important that we gave an option. It is stressed, however, that neither will be allowed in national tournament play beginning with the state tournament.

I think allowing for courtesy runners helps with player safety. You have states that are playing doubleheaders in 100 degree, humid weather. It’s important to get pitchers and catchers cool and hydrated before they take the field.

For re-entry, this allows for increased participation. It allows for coaches to play some players they might not have otherwise. Again, not every state will put this rule in place, but it was important to us that we gave an option to those states who thought it was necessary for their program to thrive.

Q: Can you explain the change to the graduate rule?

A: This was a rule that was put in for the right reasons, but has caused some inadvertent issues.

Our goal was to always make sure that no “super teams” were constructed using college players. At this point, we have enough safeguards to prevent that, so we can relax the rule on 19-year-olds who want to play Legion Baseball.

We were finding that 19-year-olds either never had the opportunity to play Legion Baseball or wanted to help start a new team and were not allowed to play.

We want more players to have a chance to be involved in our program to enjoy all of the benefits of being a Legion player and now more will be able to.

Q: What other changes can we expect to the rule book?

A: We did a comprehensive, word-by-word review of the rule book this September. It is crucial that all coaches familiarize themselves with all of the new rules once rule books are available in January 2018.

Most of the changes are clarifications and improvements in clarity, but there will also be some smaller changes.