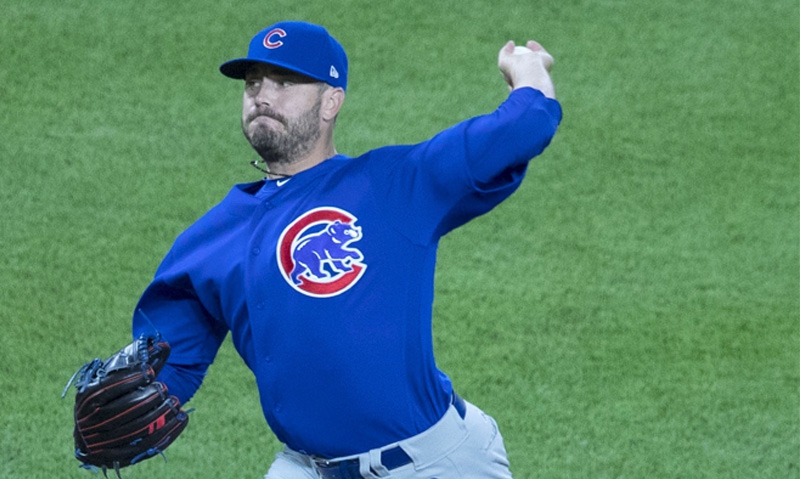 Brian Duensing, currently of the Chicago Cubs, has been named the 2018 American Legion Baseball Graduate of the Year.

Each year the American Legion Baseball Graduate of the Year honors a former Legion player who is currently playing in the Major Leagues for his character, leadership, playing abilities and community service. Individuals are recommended by their respective post.

Duensing, who played four years of American Legion Baseball for Millard South in Omaha, Neb., joins an impressive list of Graduates of the Year who have made an impact on and off of the field.

After a standout career with Post 374, Duensing went on to the College World Series with the University of Nebraska and was a member of the Team USA squads that won gold at the 2007 World Cup in Taiwan and a bronze medal in the 2008 Olympics in Beijing.

Entering his 10th year in the majors, Duensing comes off of a workhorse season out of the bullpen for the Cubs. The left-hander posted a 2.74 ERA over 68 games.

Off of the field, Duensing has made quite an impact in his community, including sponsoring his former American Legion program. He also provided the team with a pizza party and every player a set of Beats by Dre headphones after the squad qualified for the 2015 American Legion World Series.

The pitcher also runs the Brian Duensing Foundation, which is “dedicated to providing hope and support to families battling cancer or serious illness. This is accomplished by increasing awareness and by raising funds to support in two main areas: (1) research to improve prevention, diagnosis and treatment; (2) outreach projects specifically designed to ease the emotional, financial and spiritual burdens endured by families facing these diseases.”

He also has hosted fundraisers for another cancer-related charity: Sammy’s Superheroes Foundation, which focuses on childhood cancer.

Duensing will receive his award later this year.