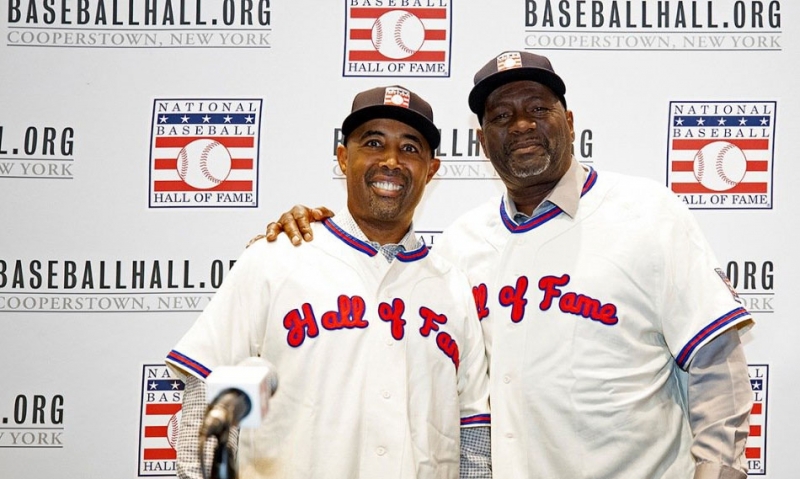 There will now be 79 former American Legion Baseball players in the Baseball Hall of Fame in Cooperstown, N.Y., after Lee Smith and Harold Baines, both former Legion players, were voted in this week.

The two players were voted in by the Today's Game Era Committee, a 16-member panel appointed by the Hall of Fame to review players retired for at least 15 seasons that had not previously been inducted by the Baseball Writers' Association of America.

Smith, a pitcher who went 5-1 to lead American Legion Natchitoches, La., to a District 8 title in 1973, was elected unanimously. Baines, an outfielder who played for American Legion Talbot, Md., Post 70 before becoming the first pick in the 1977 draft, was approved with 12 votes.

Smith was one of the top relievers in baseball and retired in 1997 as the Major League’s all-time leader in saves with 468. The seven-time All-Star played in the Majors from 1980 until 1997 with eight teams.

Baines had a lengthy career, spanning 22 years, primarily with the Chicago White Sox. He accumulated 2,866 career hits and was an All-Star six times.

This continues a strong recent trend for Legion Baseball alums. Five former Legion players were inducted to the Hall of Fame in 2018, as Trevor Hoffman, Chipper Jones and Jim Thome were voted in by the writers, while Jack Morris and Alan Trammell were approved by the Modern Era Committee. In 2017, all three inductees, Jeff Bagwell, Tim Raines and Ivan Rodriguez, played Legion Baseball.

In January, the Baseball Writers' Association of America will announce the remaining 2019 inductees.