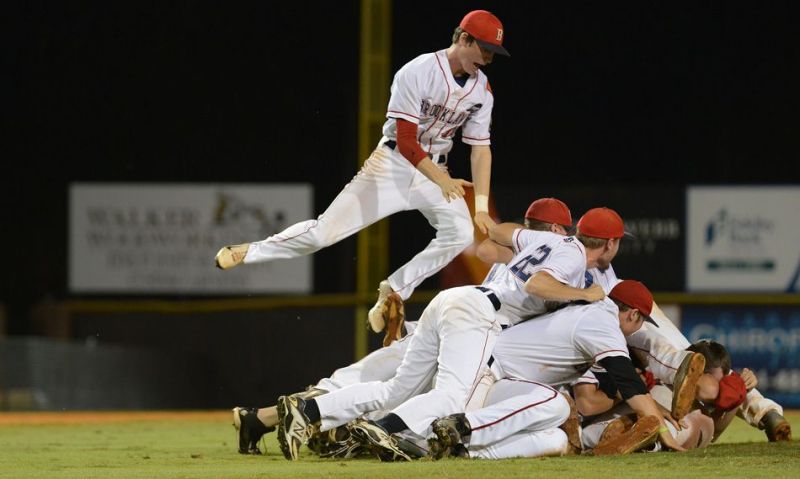 NOTE: This is the third of a four-part series on the history of American Legion Baseball’s regional playoff structure. Part 1 took a look at how the regional format has changed over the years. Part 2 showcased some of the top individual performances in regional history.

Since American Legion Baseball officials switched to the eight-regional concept that began in 1960, several teams, states and regions have found ways to be more successful than others.

Here's a look at the most and least successful teams, states and regions:

Who wins the most?

Brooklawn, N.J., is the winningest individual team with 16 regional titles and a 99-33 record in 29 regional appearances.

Omaha, Neb., also has 16 regional titles but they are split among the Ryan, Creighton Prep, Burke, Northwest, Westside and Millard West teams in that city, which has had at least one regional representative in 53 of the 60 years of the regional concept. Creighton Prep is the winningest team with six titles and a 52-29 record in 20 appearances.

Rapid City, S.D., has made the most regional appearances with 41 and has eight titles, nine runner-up finishes and a 90-70 overall record.

California is the top-winning state with 40 regional titles, including four years in which two teams advanced to the American Legion World Series in 1983, 1985, 1989 and 1991.

California also is the only state with more than 300 regional victories as it has a 319-147 record.

Who plays the most?

Once American Legion Baseball officials in 1967 allowed host teams to have an automatic berth in regional tournaments along with their state's respective champions, they also began allowing states with the largest American Legion membership to send their runner-up teams.

And Pennsylvania, which declined to participate in national competition nine times in the first 15 years of the regional concept, has been given the most additional playoff berths with 41.

The most frequent host state has been North Dakota with 24. California and Connecticut have hosted 20 times each with Tennessee at 19 and Oregon, South Carolina and Virginia with 17 apiece and North Carolina 16.

Due to extra teams and hosting duties, three states have had more than 100 regional participants – Minnesota 111, Pennsylvania 108 and California 105.

Which states have struggled the most?

Illinois has endured the most heartbreak with a record 22 runner-up finishes (the state has 14 titles) while Alaska, Vermont, West Virginia and Wyoming have never had a regional champion.

Alaska's struggles include never having even advanced to a regional championship game, 47 winless regional finishes and an all-time low of 14 wins (against 124 defeats).

Wyoming has advanced to four regional finals while Vermont and West Virginia have lost in the final game three times each.

Once the eight regional champions have advanced to the ALWS, three regions have won more than any other – Region 3, 7 and 8.

Region 3 and 8 also have the most ALWS titles with 12 apiece. Region 2 has nine titles and Region 4 has won eight.

Region 1 has struggled the most with a 52-122 ALWS record and two ALWS championships.