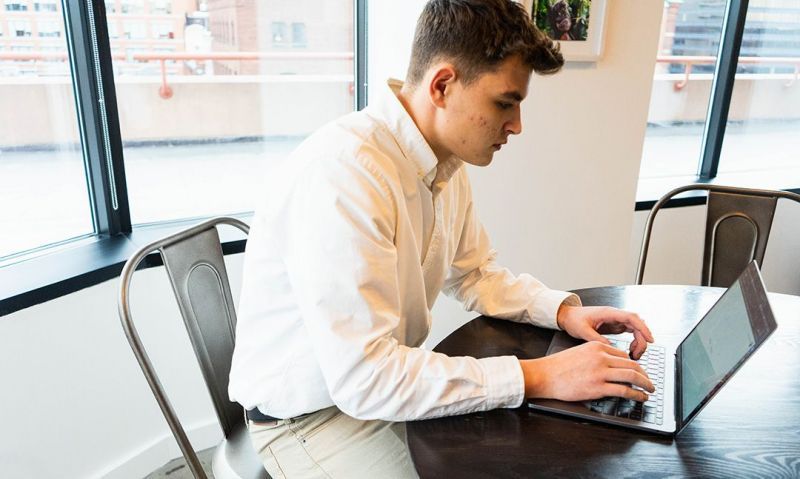 While half of the Boys State programs are returning to in-person meetings this summer after cancelling their 2020 sessions due to the COVID-19 pandemic, a number of others are going virtual in 2021.

That includes Texas Boys State, which met virtually in 2020 and opted to do so again this year as restrictions remain in place at the University of Texas, the program’s usual site.

Texas Boys State’s experience in setting up and hosting a virtual program has helped the preparation process for the 2021 session, scheduled for June 27 to July 2.

“That experience laid a blueprint for us again this year,” Daren Brabham, Texas Boys State’s assistant director of media relations, said in an email. “We have the benefit of a refined understanding of the technical requirements of the virtual meeting platform. Last year we had to do quick research in the market and make educated guesses at the user capacities and licenses of the various tools.

“We ended up going with Cisco Webex and their Webex Teams system, and it worked out quite well. This year, we know exactly what our needs are and how we plan to use the tools. And we also have a lot more lead time to do some proper comparison shopping.”

Comparing last year’s registration numbers to years past also helps the planning process in predicting the number of participants as well as more accurate ordering of merchandise for the program’s online store, Brabham said.

“Texas Boys State has always prided itself on its ability to blend a long tradition and deep experience with the program among its senior staff with the energy and recent experiences of younger staff. This is how the program has stayed simultaneously grounded in tradition and relevant to new generations for so many decades. It will be a great benefit to have statesmen from last year's virtual program serving as city counselors in this year's virtual program, for sure,” Brabham said.

And there are the “small kinks” from last year’s program which the staff is prepared for this year.

“For example, knowing when to ask participants to go on mute at the start of a meeting, knowing how to handle the sometimes awkward logistics of standing for the Pledge of Allegiance or standing for an office swearing-in ceremony while in front of a laptop at home, knowing when to post key instructions in the Webex Teams spaces in advance of meetings so that there is a consistent communication across the different cities, or knowing how to work with our visiting dignitaries and keynote speakers to make sure they are clicked into the right meeting room at the right time with all technical bugs worked out in advance,” Brabham said. “Being able to avoid these kinds of procedural and technical hiccups — all too familiar in the age of online meetings — makes for a more focused program and a more professional and polished presentation for the Legion.”

The lessons learned from Texas Boys State’s virtual experience in 2020 are helping other programs across the nation as well. Texas Boys State chairman Casey Thomas said he and the staff “have spoken to a bunch of states over the last year.”

“They really were the groundbreakers on this, and we just get the benefit of coming in one session after them,” said Tim Aboudara Jr., head of California Boys State’s virtual task force.

After cancelling the 2020 session, doing so again in 2021 “was not an option,” said chief counselor Tim Aboudara Sr.

“From a task force perspective, Texas was 100 percent our inspiration,” Aboudara Jr. said. “When my dad and the senior staff first pitched this idea, it was like, ‘Yeah, we’ll give it a look and dig into it.’ And some of the professional stuff I’ve done, we’ve been doing big virtual things, so I knew it could happen. But I wasn’t convinced.

“And listening to those guys (at Texas Boys State) talk about what they pulled together in like 90 days, to pull off a virtual program, was really an inspiration.”

“They were really open about their raw experiences,” Rice said, noting that Texas’ post-program survey of their delegates gave good feedback to the California staff. “We were able to see their pros and cons.”

“If we were using a single-solution provider, I don’t think that the program that we would offer would be as robust as the one that we think we’re going to be able to,” Aboudara Jr. said.

Through Classroom Cloud, California Boys State will be able to use apps such as Zoom, Slack, and Google Drive to replicate 80 to 90 percent of the regular program, including the election process and the program’s monetary system which delegates use to campaign for office.

“The core structure of what we get from the program, recreating the entire California government, being able to figure out how you go from being a delegate all the way up to being the governor, we’re going to be able to make that happen,” Rice said.

And California’s virtual program is also helping their colleagues in Nevada, as Boys State delegates from that state will participate in California Boys State this summer after Nevada initially considered canceling its program again in 2021.

“Their delegates are being molded in with ours,” said Aboudara Sr. Delegates from Nevada will be randomly assigned to cities just like their California counterparts and will be able to run for office. However, each state will have its own pair of delegates selected for American Legion Boys Nation.

The discussion on how to include Nevada’s delegates into California Boys State was a short one, Aboudara Jr. said.

“If we’re going to do this, and we’re not going to call the virtual program a ‘diet’ Boys State, then we’re not going to offer the Nevada delegates a ‘diet’ either,” Aboudara Jr. said. “Either they’re a Boys State delegate and they get sworn in as such and they participate fully and universally, and other than their mailing address and a couple breakouts with the Nevada staff where they talk about things that are specific to life and politics in Nevada.”