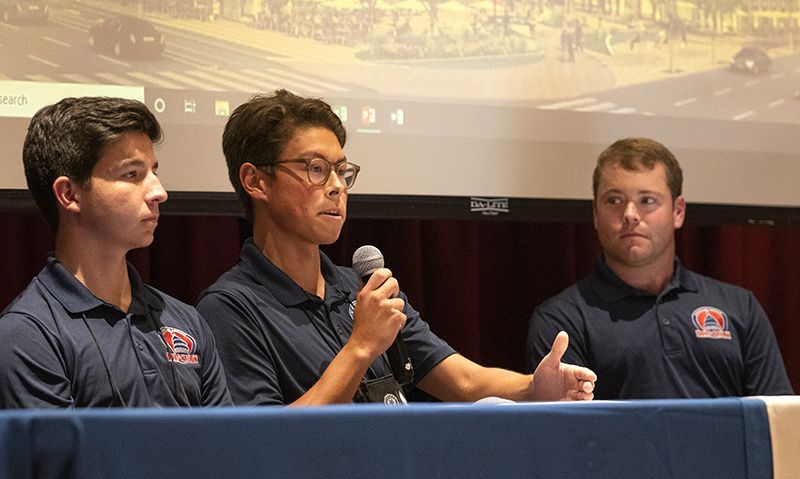 Sitting among his fellow American Legion Boys Nation senators in 2019, Luke Takashima had an unsettling feeling.

“Coming to Boys Nation was the first time I looked around a room and I could say that I was possibly one of the least intelligent, least well-spoken, and across the board least impressive people in the room. That was a great experience for me, honestly,” Takashima recalled.

Takashima encouraged this year’s senators to know their strengths and play to them without hiding their weaknesses.

Wang, whose Boys Nation legislation inspired part of this year’s National Defense Authorization Act, encouraged those who lost elections at Boys Nation to not let the experience sour them. He noted that he lost every office he tried for during his year at Boys Nation, but the program isn’t just about elections.

“It’s really (about) being able to connect with your peers,” Wang said.

Kennedy noted that he was the first kid from his hometown in Tennessee to attend a service academy, a challenge because he didn’t have an example to follow.

“Thankfully, I had wonderful mentors that pushed me out of my comfort zone a bit to do that,” Kennedy said. “I hope this program helps develop a foundational sense of self-confidence that allows you to see these things are possible.”

Kennedy also encouraged the senators to be aggressive in pursuing their goals.