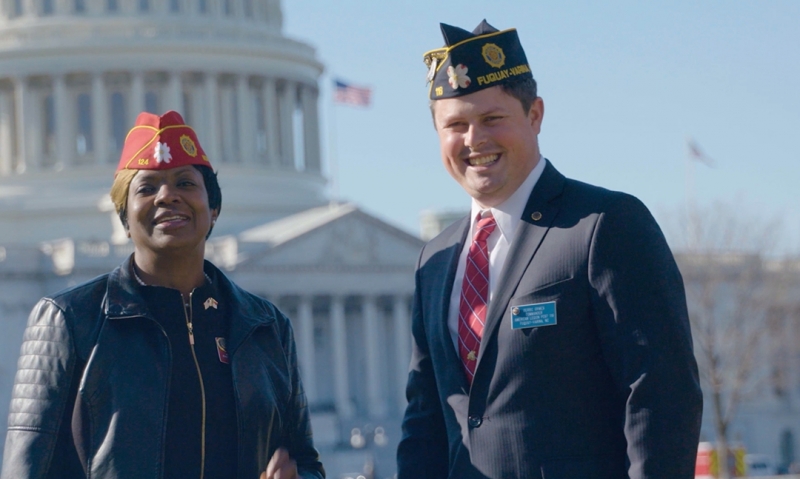 The American Legion is kicking off a new public service campaign in conjunction with the organization’s 100th anniversary, aimed at highlighting the Legion’s values of patriotism, a strong national security, support for all veterans and a strong desire to turn today’s youth into tomorrow’s leaders.

The We Believe public service announcements (PSAs) use historic and current imagery to highlight Legionnaires in action and show the impact of hundreds of American Legion programs and activities that strengthen the nation.

“Members of The American Legion have a strong desire to continue to serve their country and community,” said Denise H. Rohan, national commander of The American Legion. “A lot has changed in 100 years, but our mission and values remain the same. We believe our work makes a difference and we want to invite the public to join us.”

Legionnaires and local posts can be found in nearly every community in America providing veterans and their families with a variety of programs and services including benefits claims support, career and education assistance, and temporary and emergency financial aid. The American Legion provides youth with programs that support learning, as well as educates them about citizenship and teamwork. The American Legion is also a voice for veterans at the local, state and federal levels to ensure the issues that are most important to them are a top priority to our government leaders.

“The American Legion has been instrumental in the creation of a number of major institutions of American society,” Rohan said. “We are responsible for such things as the formation of the Department of Veterans Affairs, creation of the U.S. Flag Code, and passage of the GI Bill; all things that continue to have a positive effect on society.”

To see the We Believe PSAs, learn more about The American Legion, find a local post, or support their efforts, visit www.legion.org/webelieve.