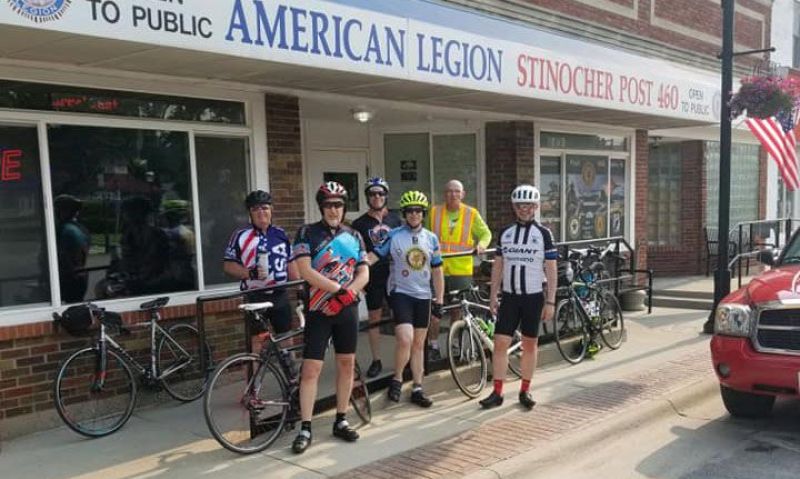 Vietnam War veteran Larry Ritland is taking his love for bicycling and desire to promote The American Legion’s 100th Anniversary and pairing them up.

Wearing an American Legion jersey and sharing the benefits of American Legion membership with those he meets along the way, Ritland will be traveling via bicycle coast to coast through most of the summer. He wants to bring news of The American Legion Centennial to as many people as he can on his route.

“I started thinking about it as the 100th anniversary started gaining momentum,” said Ritland, a member of American Legion Post 307 in Roland, Iowa. “I like to bicycle. I thought ‘this would be kind of cool.’ I’ve already done a couple of major (cycling) events. I’ve thought about bicycling across the country for years. It just kind of hit me: ‘I’m going to do it.’”

Preparation for his cross-country ride has come through participating in several long-distance cycling events, including five Century Rides of 100 miles per day, traversing the Alaskan highway system and taking part in four Register's Annual Great Bicycle Ride Across Iowa (RAGBRAI), in which The American Legion will both participate and be honored in this July.

“It’s just like any athlete doing preparation for an event: just practice,” Ritland said. “And practice means get out and ride … as often as possible and for distance.”

He also did a 100-mile ride through Iowa on June 1, stopping at American Legion posts along the way. He is going to try to do the same thing on his cross-country ride and already is having several overnight stays being provided for him through American Legions along his route.

Ritland will start his cross-country ride in Ocean Shores, Wash., and finish up in Washington, D.C. The plan is for the ride to take 74 days. He hopes the attention he gains will help in bringing new members – especially younger veterans – into The American Legion.