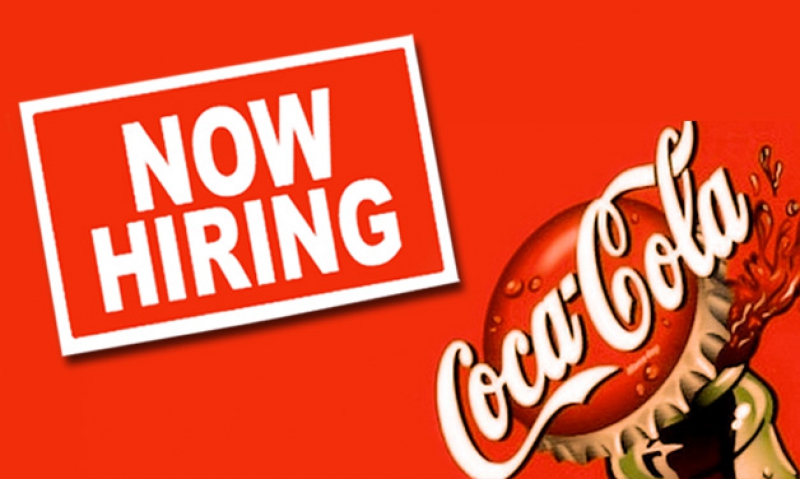 Back in the "we’re all in this together" days of World War II, Coca-Cola’s then-CEO Robert Woodruff pledged that every U.S. servicemember could buy a Coke for a mere nickel, no matter where he or she may be and no matter what it cost the company. To that end, the soft drink giant built 64 wartime plants to fill the more than five billion hourglass shaped bottles whose refreshing contents quenched the thirst of America’s fighting men and women.

Today, the Atlanta-based firm is still supporting U.S. troops by making care packages every Veterans Day with the help of employees and Woodruff himself and, more importantly, by providing jobs for veterans.

A few years ago, Coca-Cola joined a coalition of about 75 U.S. firms who collectively promised to hire 100,000 former servicemembers. Coke did its bit by adding around 800 veterans to its payroll in a year, which added to its more than 5,500 veterans already working for the company throughout the United States. And Coca-Cola is still looking to hire more veterans. The refreshment king will have a booth at the Hiring Our Heroes Transition & Benefits Job Fair on Aug. 27 during The American Legion’s 95th national convention in Houston.

Coke recruitment manager Jerome Richard says the effort is "both good for business and part of our company’s civic duty." Richard, in a statement reminiscent of The American Legion itself, says the company’s veteran hiring strategy "is founded on Four Pillars." In Coke’s case, they are "attract, develop, recruit and retain." Specifically, Coke is seeking former servicemembers as drivers, merchandisers, warehouse workers and order builders, production workers and customer service representatives.

"Our military personnel have made incredible sacrifices to serve and protect their country," he said, "and when they return home, they deserve support and recognition from companies like Coca-Cola. It’s also in the best interest of companies to consider military vets, as they offer a wide variety of skills, diversity of perspective and ingrained leadership and drive."

Coke is also providing educational benefits to selected veterans. In July, the company announced the launch of its Coca-Cola/Tom Brokaw Military Veterans Scholarship Program. The soft drink company, honoring the legendary broadcaster and veterans’ advocate, awarded a $5,000 scholarship to one student veteran at each of the 10 chosen community colleges across the country. The colleges themselves selected the awardees for the fall semester.