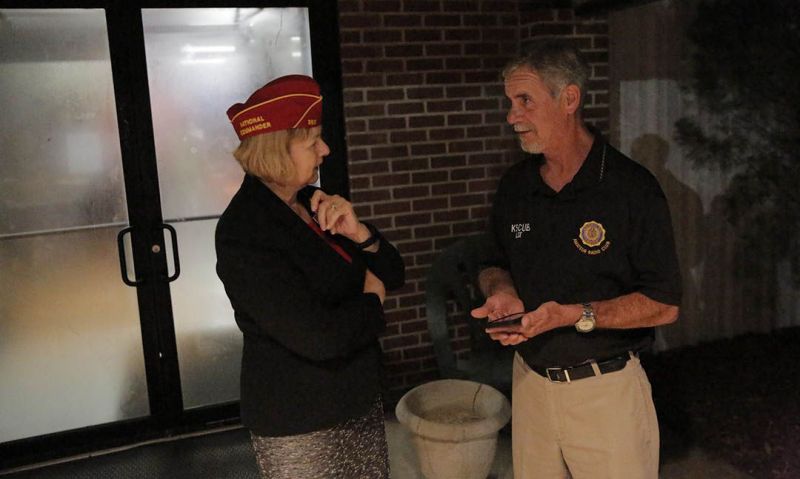 As membership in The American Legion Amateur Radio Club (TALARC) approaches 5,000, a club in Mississippi is celebrating a milestone of its own. April 7 marks the fifth anniversary of the beginning of the weekly 80 meter net run by the Jim Leist Memorial Amateur Radio Club – call sign K5TAL – of American Legion Post 1992 in Gautier-Vancleave, Miss.

Don Rand WV5Q serves as net control for K5TAL. In 2015 five hams received permission from Post 1992 to start a TALARC club; says Rand, “Nine months later, we were trying to figure out what we wanted to do with the club, and I suggested we start a net.” They found a convenient frequency, and decided to conduct their nets weekly rather than monthly; “I had fears that too many people would miss or forget a once-a-month net,” he adds.

The first net was called on April 7, 2016. According to TALARC leadership, it was the first regularly scheduled net by a post. Since then, K5TAL’s activities have been regularly featured on the Ham Radio section of the Legion’s national website. In addition to net reports, the club has hosted a state Amateur Radio Relay League (ARRL) “Day in the Park” operating convention, and has gotten a succession of American Legion national commanders on the air during department visits to the post. A highlight came in 2019, when it turned out that then-National Commander Brett Reistad collected and restored 1930s-1940s receivers.

Of the net today Rand says, “While our numbers have not grown significantly, we have a consistent net count in the 20s.” And it is not the only one the club runs. Their current schedule of nets can be found here. As to the why of all the setting up and operating every week, Rand states, “The original purpose was to offer our veteran brothers and sisters a place to gather, and inform each other regarding veteran programs and benefits, and to give everyone – veteran or not – something to look forward to each week, as an extended Buddy Check program.”