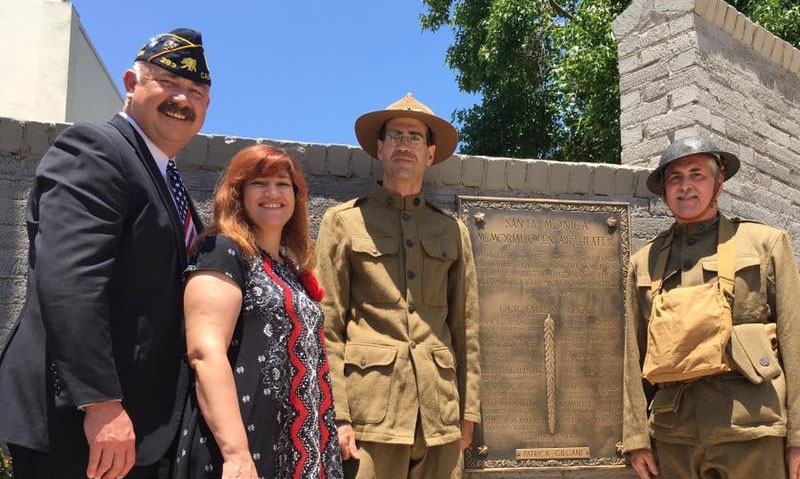 The 100 Cities/100 Memorials matching grant challenge has announced its final 50 awardees and recipients of the official designation of “U.S. World War I Centennial Memorial,” and nine projects with American Legion involvement are among them.

The program is sponsored by the Pritzker Military Museum & Library in Chicago and the U.S. World War One Centennial Commission, and is supported by The American Legion and Veterans of Foreign Wars. It was designed to help community groups restore and re-place in the public mind local World War I memorials, to commemorate the centennial of the Great War. A total of $200,000 was allocated for grants that will go toward physical work on the memorials and highlighting World War I’s ongoing impact on the world; each awardee will receive $2,000.

Posts also had a hand in several of the first 50 awardees, announced in September. In the second group, among such national landmarks as Chicago’s Soldier Field are the following:

Commission executive director Dan Dayton stated, "I am impressed by the community involvement that has sprung from this project. By focusing on restoring these community treasures, local cities, veterans groups, historical societies and citizens have come together to remember the community’s heritage - and that was really a key goal of the program."

Bob Chappelle is one of the heads of the Saugerties project, and a past commander of Post 72. The town does not have a physical World War I monument, so the project involves upgrading a room of Post 72’s museum – more than 35 years old – to serve as a memorial exhibition space that tells the stories of local heroes through their possessions, especially letters. “We’ve tried to involve as many people as we can,” he said, adding that everyone from historical societies to craftsmen has had a hand in building up the WWI Centennial Room.

More information about the winners, the grant challenge and the centennial of World War I can be found through ww1cc.org/100Memorials.