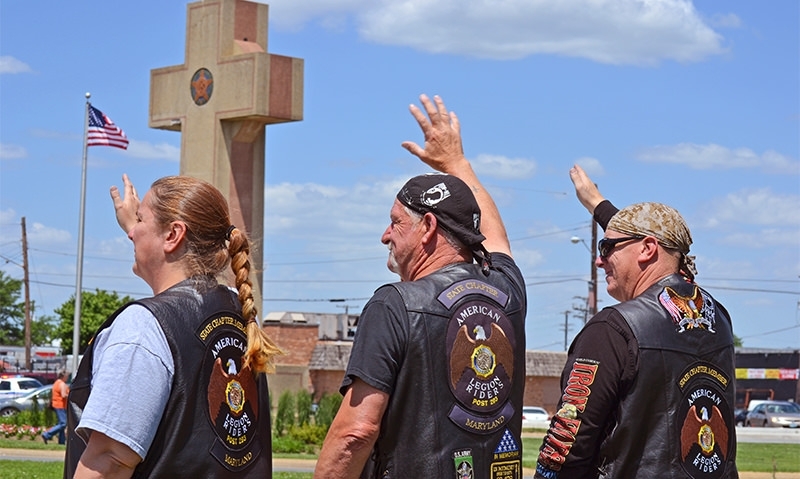 The U.S. Supreme Court announced Friday that it will hear The American Legion’s case regarding the Bladensburg Veterans Memorial in Prince George’s County, Md.

The Bladensburg World War I Veterans Memorial was erected in 1925 by Gold Star mothers and an American Legion post to honor 49 Prince George’s County men who gave their lives during World War I.

“In an example of The American Legion’s quest to honor and remember our brothers and sisters in arms, we’re pleased with the recent decision by the U.S. Supreme Court to hear our case,” American Legion National Commander Brett Reistad said.

The Gold Star mothers who designed the memorial in 1919 chose a cross shape to recall the cross-shaped grave markers standing over American graves in Europe. The memorial stood peacefully for almost 90 years until the American Humanist Association filed a lawsuit in February 2014.

The American Legion, represented by First Liberty Institute and the international law firm Jones Day, is asking the Supreme Court to reverse the Court of Appeals ruling that could lead to the bulldozing of the Bladensburg Veterans Memorial.

“There are some who want to erase the memory of the service and sacrifice of these 49 fallen servicemen of Prince George’s County,” said Kelly Shackelford, president and CEO of First Liberty. “If this monument is bulldozed to the ground, it’s only a matter of time before the wrecking ball turns on Arlington National Cemetery and the thousands of memorials like this one across the country.”

Each of the 49 World War I heroes’ names are on a bronze plaque on the memorial. On each side of the memorial a word captures its spirt: Valor, Endurance, Courage, Devotion. The American Legion emblem can be found on two sides of the memorial.

“For nearly a century, The American Legion has focused on preserving the memories of our fallen brothers and sisters,” Reistad said. “And that’s why it is so critical that we – veterans and civilians alike -- never forget those honored on the Bladensburg Veterans Memorial.”