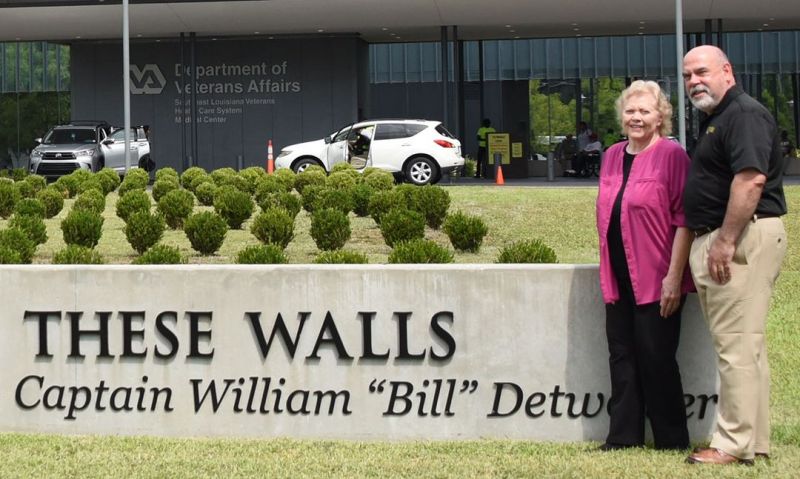 When American Legion Past National Commander William Detweiler died in March, mentioned among the Louisiana native’s accomplishments was his work on the rebuilding of the New Orleans VA Medical Center after Hurricane Katrina. A quote of his – “The price of freedom can be seen within these walls” – is carved onto a stone outside the entrance to the medical center.

As of late June, according to the VA Insider e-newsletter, that quote now has Detweiler’s name engraved with it. Southeast Louisiana Veterans Health Care System public affairs specialist Jamie Mobley quoted director Fernando Rivera as saying, “Detweiler was an incredible example of a strong leader. Sometimes a quiet leader, sometimes not so quiet. His service to our nation’s heroes never stopped. He was one of (SLVHCS’) strongest supporters.”